The Fantasia collection is a special treat for Disney and BoxLunch fans alike, as the offering launches during Mickey Mouse’s 90th birthday year and the wide range of giftable merchandise can be enjoyed across multiple generations, with baby, toddler and adult-sized product presented in the line. Here is a look at the exclusive Fantasia BoxLunch Disney Pins! 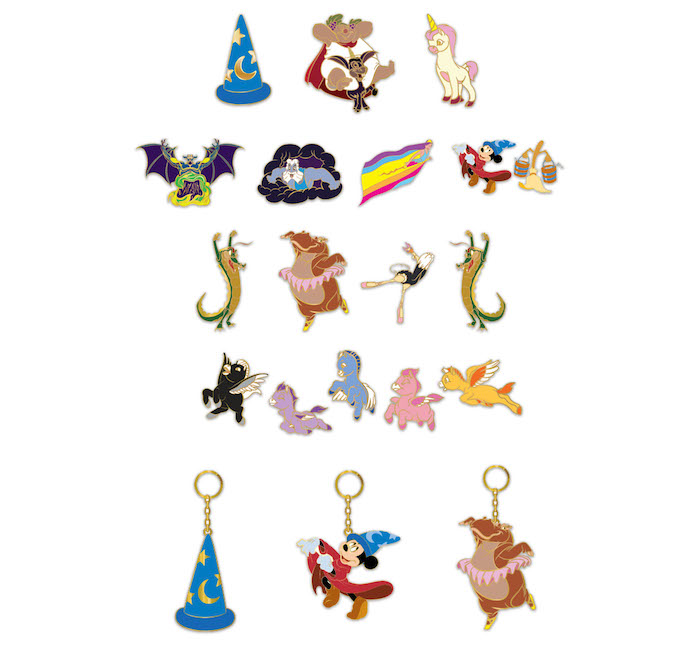