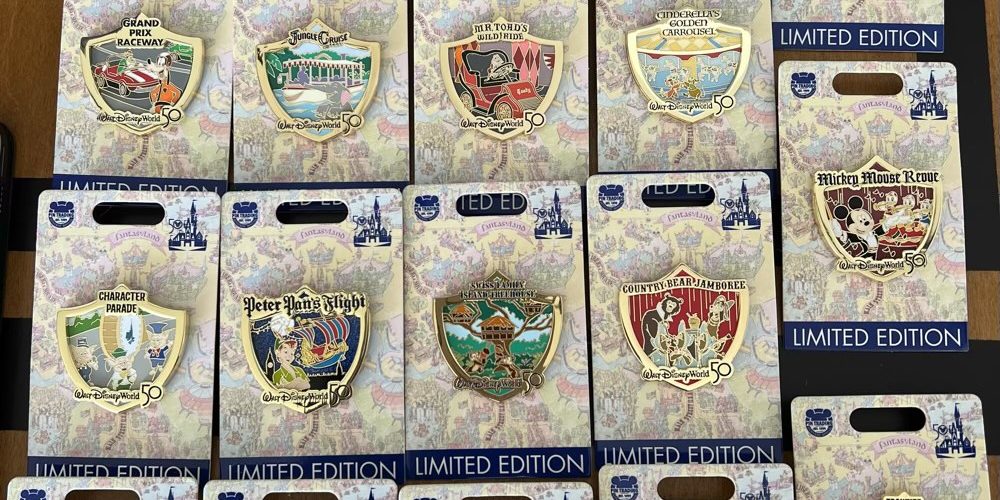 Today, October 1, 2021 is the official 50th anniversary of Walt Disney World! Here is a look at the Attraction Crests pin series! They are limited edition of 2,000 with a retail price of $24.99 each. Released at Frontierland Trading Post on 10/1/21.

They feature a pin-on-pin design with gold tone finish. Here is a closer look: