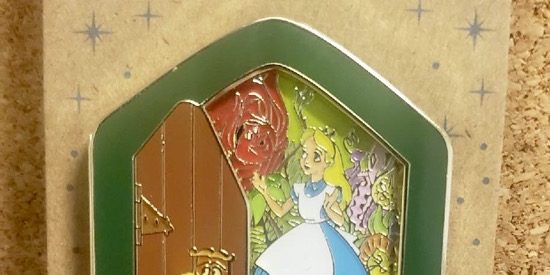 Here is a look at the new Disney Alice in Wonderland Door pin at BoxLunch! Released in July 2021 and the retail price is $12.90. Made from recycled metal.

Features a pin-on-pin design with Alice and The Doorknob.