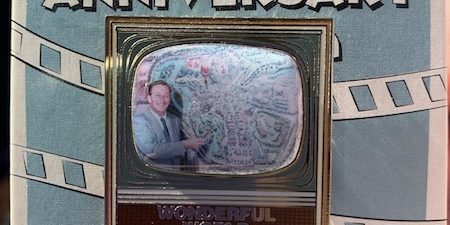 Here is a look at the October 2019 Cast Member Movie Anniversary pin release! This is the 32nd pin in the Cast Member movie anniversary collection. Limited edition of 500.

This pin celebrates the Wonderful World of Color 65th anniversary.