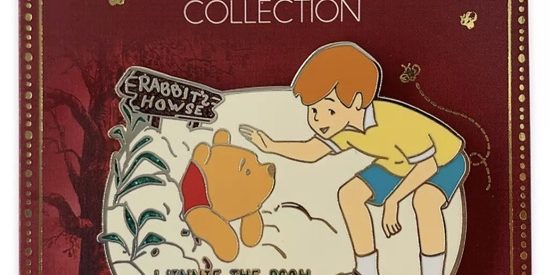 Here is a look at the new Winnie the Pooh 55th Anniversary pin available at shopDisney.com! It is a limited release and the retail price is $15.99. Released on January 18, 2021.

Commemorate the 55th anniversary of Winnie the Pooh and the Honey Tree, the first Disney Winnie the Pooh featurette, with this limited release, enameled cloisonné pin. Inspired by a scene from the featurette, it depicts Pooh and Christopher Robin outside ”Rabbit’s Howse.”