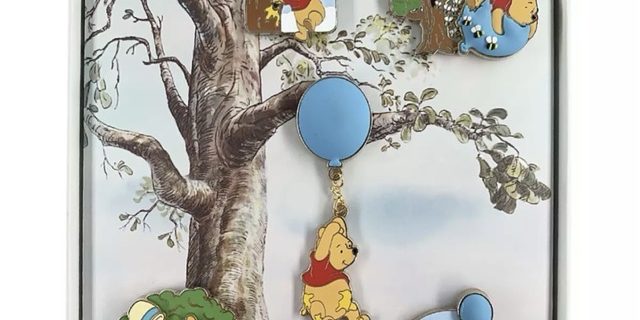 Here is a look at the new Winnie the Pooh 55th anniversary limited edition pin set available at shopDisney.com! It is limited edition of 3,000 and the retail price is $59.99. Released on January 11, 2021.

Commemorate the 55th anniversary of ”Winnie the Pooh and the Honey Tree,” the first Disney Winnie the Pooh featurette, with this set of five enameled cloisonné pins. Each limited edition pin depicts a favorite scene from the film including Pooh hanging from the blue balloon and Pooh examining his empty honey pot.

Click here to view the latest pin releases at shopDisney.