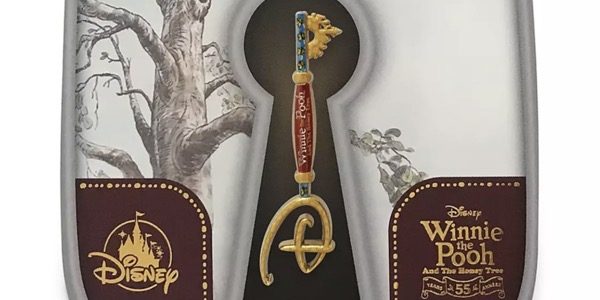 Here is a look at the Winnie the Pooh 55th anniversary key pin, available at shopDisney.com! Open edition and the retail price is $12.99. Released on February 4, 2021.

The Disney store and shopDisney celebrate the 55th Anniversary of Walt Disney’s Winnie the Pooh and the Honey Tree with this collectible key pin featuring Disney store ”D” in a honeycomb and bee motif.