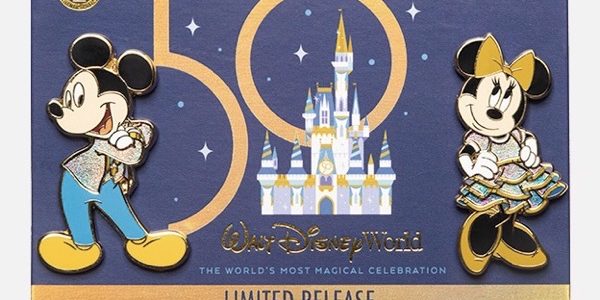 Here is a look at the Walt Disney World 50th anniversary pin set available at Disney Movie Insiders! Limited release and it is 800 points to redeem. Released on October 1, 2021.

In 1971, Walt Disney World Resort® was born of impossible dreams and opened its gates to millions of people. Ever since, it has become the place the whole world holds in its heart. A place where the power of magic ignites the joy within us all. Where families and friends can celebrate a milestone like no other – with new worlds, new lands and new adventures. When you celebrate with Walt Disney World, nothing could be more magical!

Doctor Strange in the Multiverse of Madness Limited Release Pin at Disney Movie Insiders
May 2, 2022