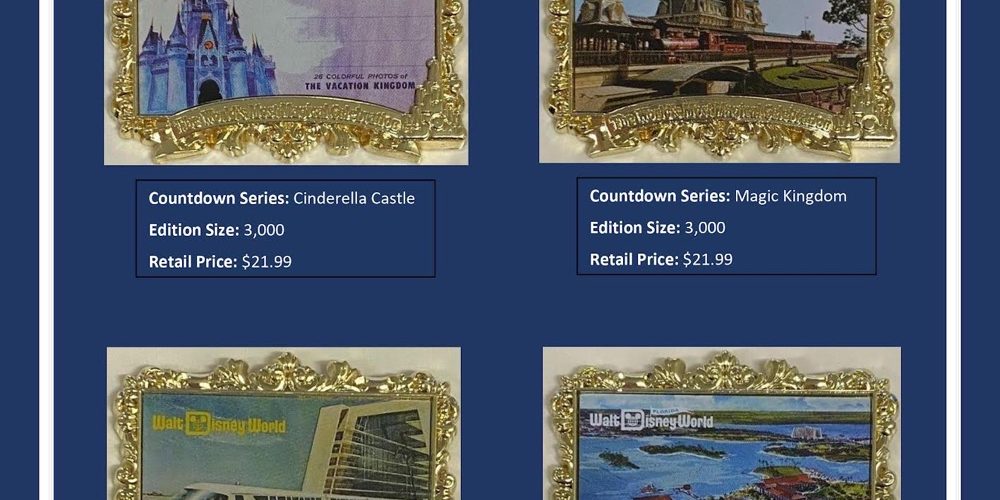 Here is a first look at the Walt Disney World 50th anniversary countdown pin series! There are four pins in total and depict retro WDW postcards. They are displayed in a beautiful etched gold frame and reads “The World’s Most Magical Celebration” at the bottom. The pins feature postcards of Cinderella Castle, Magic Kingdom entrance, the monorail at Disney’s Contemporary Resort and Disney’s Polynesian Village Resort.

They are limited edition of 3,000 with a retail price of $21.99 each. Two were released on August 12, 2021 at Disney’s Pin Traders at Disney Springs. They other two are expected to release in September, just in time for the official anniversary date on October 1, 2021!