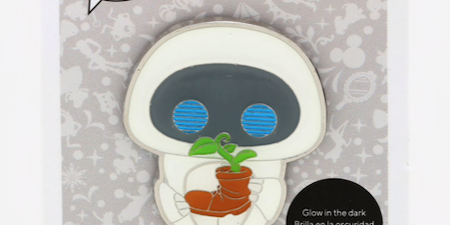 Here is a look the new Funko Pop! Disney WALL-E Eve plant enamel pin at BoxLunch! The retail price is $9.90. Released in July 2019 and is part of the Funko Pop BoxLunch Collection.

Look at EVE in the dark and watch her glow like a star! This silver tone glow-in-the-dark Pop! pin by Loungefly features the charming robot from Disney•Pixar’s WALL•E holding a plant.