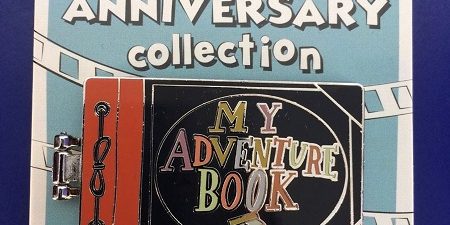 The Cast Member Movie Anniversary UP pin is now available! This is the 26th pin in the Cast Member movie anniversary collection. Limited edition of 1,000 and the retail price is $13.55.

This pin celebrates Disney Pixar UP 10th anniversary. It features a hinged design with Kevin, Russell, Dug and Carl on the inside.