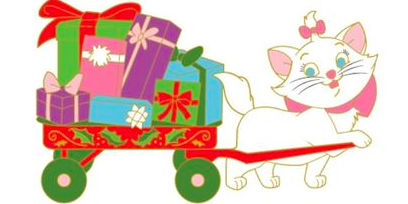 Disney Studio Store Hollywood is back again with their Toys for Tots pin promotion! Starting today, November 28, 2016 through December 15, 2016 you can bring a new, unwrapped toy to bring joy to the heart of a child. The toy must be valued at $10 or more and will support the U.S. Marines’ Toys for Tots Foundation.

As a special thank you for your donation, DSSH will give you a LE 500 pin! Limit 2 per person, per day. There will be three different limited edition pins offered, a new pin will be released in-store on the following dates:

Here is a look at the pins: