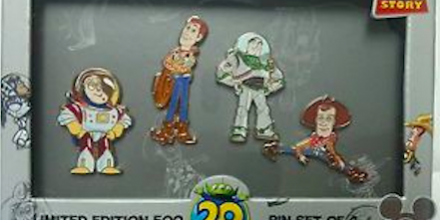 Here is a look at the boxed pin set: 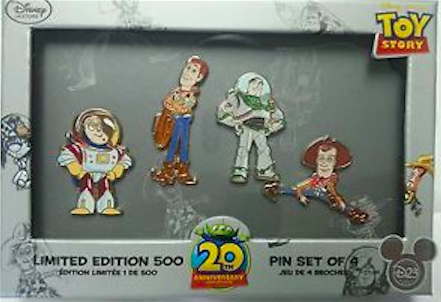 There are four different pins included in the set. Two different Buzz Lightyear pins and two different Woody pins. The pin set is limited edition of 500.

If you missed the news regarding Toy Story Land at Disney’s Hollywood Studios, be sure to check out the full Parks & Resorts news here.