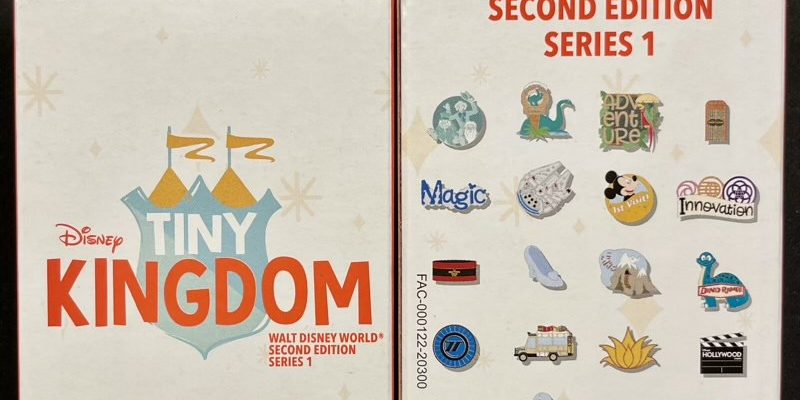 A second edition of the popular Tiny Kingdom series has arrived at Disney Parks! Here is a look at the Tiny Kingdom Second Edition Series 1 Mystery Pin Collection at Walt Disney World. It features all four theme parks, both water parks and golf courses. Released on February 2, 2021. Each mystery box has a retail price of $19.99 and includes three (3) randomly selected pins. There are 24 pins in total.

A brand new canvas map has released along with this new edition as well. It includes a Tiny Kingdom pin and the retail price is $24.99. This can be used to display your entire collection of Tiny Kingdom Second Edition pins.

Here is a look at all of the pins in this series: