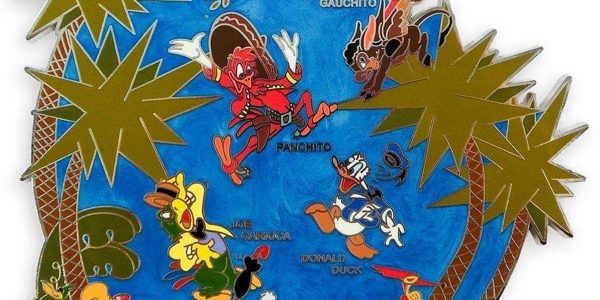 Here is a look at the new The Three Caballeros 75th anniversary limited edition jumbo pin available at shopDisney.com! It is limited edition of 2,000 and the retail price is $69.99. Released on October 19, 2020.

Celebrate the 75th Anniversary of Walt Disney’s animated classic The Three Caballeros with this jumbo limited edition pin. A colorful setting is filled with happy amigos, including Donald Duck, José Carioca and Panchito, to create an unforgettable pin-collector’s fiesta!