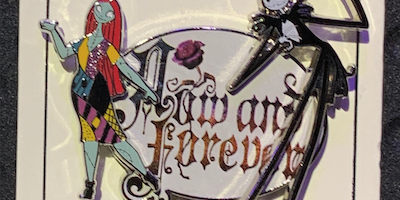 New The Nightmare Before Christmas open edition pins at Disney Parks have been released for 2019! They are available at most parks and hotels at Disneyland and Walt Disney World. Spotted on August 8, 2019.

These were released along with the new Halloween open edition pins as well!