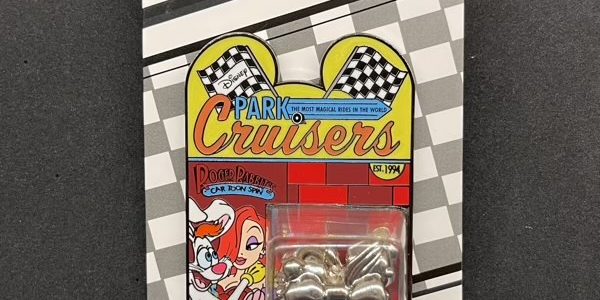 There has been a lot of buzz in the pin community recently regarding the 2020 Disney Park Cruisers pin series. We all thought this original 12 pin collection ended with 10 pins in total. The final release featured Dumbo and released in December 2020.

Well, that was until last week when Roger Rabbit’s Car Toon Spin pin released at Disney outlet stores! Spotted in July 2021 at locations in New York, New Jersey, Pennsylvania and others around America.

It is unclear why this pin never released at Disney Parks last year. This was a bi-monthly collection that alternated between Disneyland and Walt Disney World each month.

We still do not have an answer on what happened to the Splash Mountain pin in this series either. The original released date for this pin was March 2020. Unfortunately, I don’t believe that one will ever be released now since Disney announced the closure of this attraction last year.