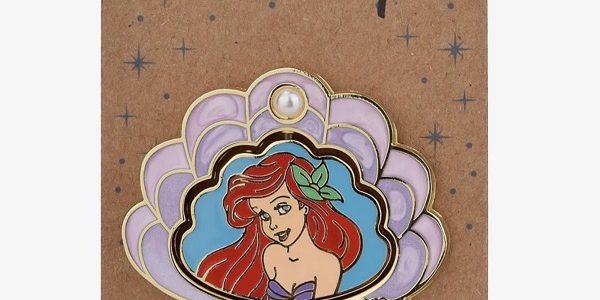 Here is a look at a new Disney The Little Mermaid Ariel & Flounder spinning clamshell pin at BoxLunch! The retail price is $14.90 and it released in November 2021.

Features a clamshell-shaped frame, Ariel and Flounder appear on opposite sides of the center shell, greeting you or any passerby’s from a quick spin.