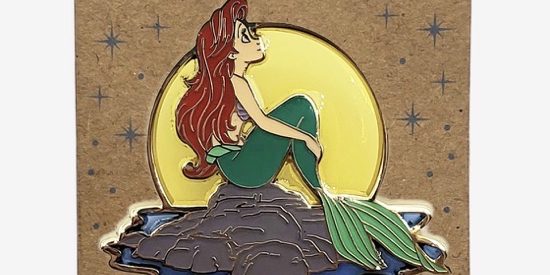 Released in December 2020 and is exclusive to BoxLunch. The retail price is $9.90. This pin is part of a new The Little Mermaid collection and is accompanied with jewelry too.