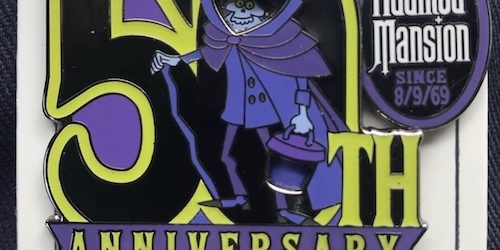 Here is a look at The Haunted Mansion 50th anniversary Cast Member pin! It is limited edition of 1,000.

Released at Team Centers Cast Member stores at Disneyland on August 9, 2019. It features a the Hatbox Ghost with purple/green coloring. It also reads since 8/9/69. Click here to view the general public The Haunted Mansion 50th anniversary pin releases.