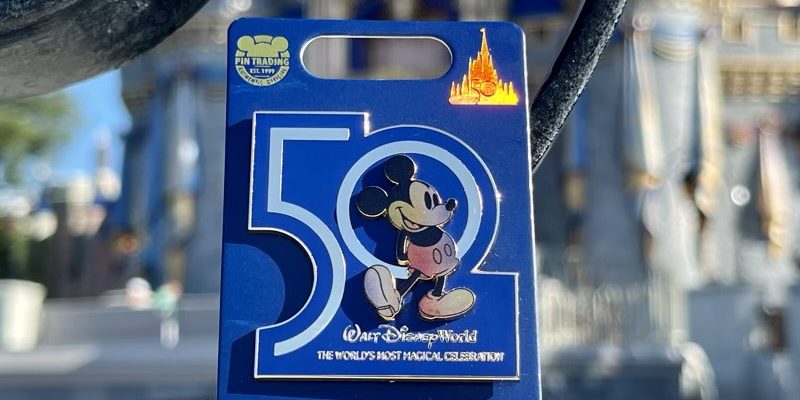 In preparation for the World’s Most Magical Celebration, a few Walt Disney World 50th anniversary items released today! Included in this merchandise release is a Disney pin. Available starting on Thursday, August 12, 2021 at Walt Disney World and shopDisney.com.

We purchased our pin in the Emporium on Main Street, USA at Magic Kingdom. It is a limited release and the retail price is $17.99.

It features an iridescent Mickey Mouse with a pin-on-pin design and gold tone finish. The background has the gold “50” logo and the bottom reads: Walt Disney World – The World’s Most Magical Celebration.