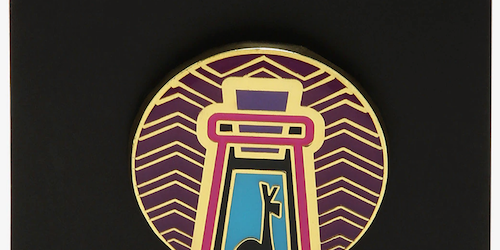 Here is a look at the new Disney The Emperor’s New Groove Llama Vial pin at BoxLunch! Released in August 2020 and the retail price is $8.90.

This is not that poison. This is the vial that turns Kuzco into a llama, in enamel pin form! But who can blame Kronk, they look exactly alike. Inspired by Disney’s The Emperor’s New Groove, this gold-tone Loungefly pin is perfect for any llama-loving fan of the classic animated movie.