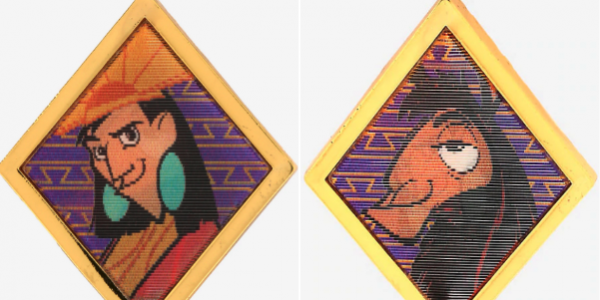 Here is a look at the new Disney The Emperor’s New Groove Llama lenticular pin at BoxLunch! Released in September 2020 and the retail price is $9.90.

Kuzco may not have been too happy when he was first turned into a llama, but it makes a good pin! This gold-tone Loungefly lenticular enamel pin, inspired by Disney’s The Emperor’s New Groove,  allows you to watch Kuzco’s transformation again and again—just tilt it to see him go from emperor to llama!