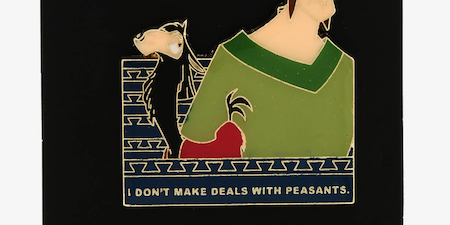 Here is a look at the new Disney The Emperor’s New Groove Deals with Peasants enamel pin at BoxLunch! The retail price is $8.90. Released in January 2020.

Hopefully you’re a bit more compassionate than Emperor Kuzco. Use this gold tone Loungefly pin as a reminder to not act in a way that will get you turned into a llama.