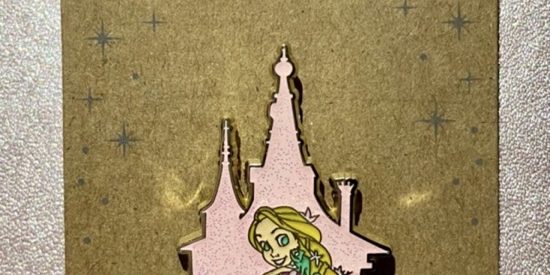 Here is a look at the new Disney Tangled Rapunzel Tower recycled metal pin at BoxLunch! Released in May 2021 and is exclusive to BoxLunch. Retail price is $9.90.

Check out the Rapunzel & Flynn Lanterns pin in this series as well!