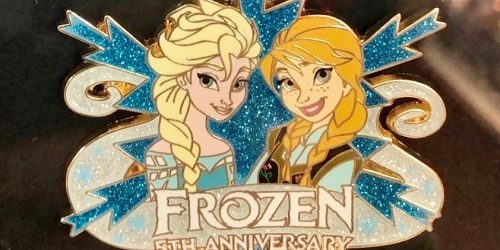 Surprise pin release at Disney Studio Store Hollywood! This pin features the 5th Anniversary of Disney’s Frozen. Released on November 27, 2018. Limited edition of 200 and the retail price is $21.95. 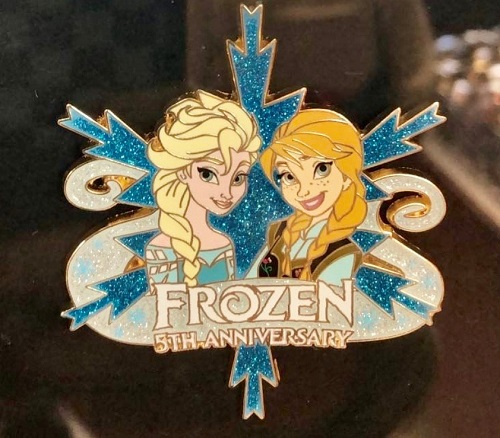 Elsa and Anna are displayed and it reads “Frozen 5th Anniversary” below. The snowflake features glitter embellishments. One (1) pin per person, per day.