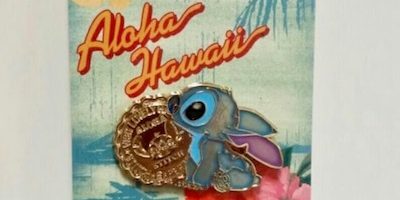 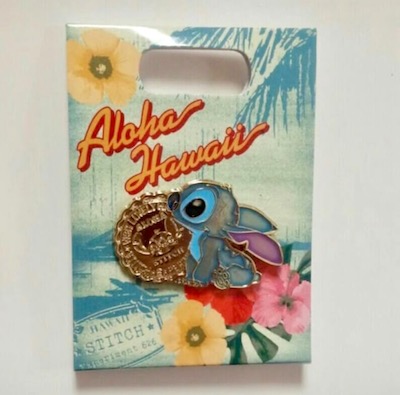 This open edition pin celebrates the 15th anniversary of Lilo & Stitch. The back card reads “Aloha Hawaii”. Released in early June 2017 and is exclusive to the Disney Store in Japan.