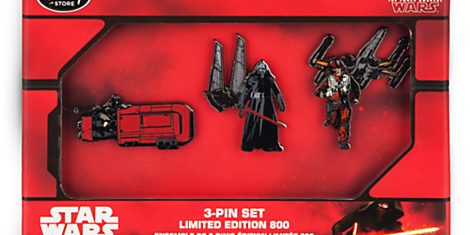 SOLD OUT. Early this morning (December 18, 2015), a surprise Star Wars pin set was released at DisneyStore.com!

Celebrate the intergalactic premiere of Star Wars: The Force Awakens with this limited edition boxed set of three pins featuring central characters from the film, including two with dimensional, pin-on-pin designs. Retail price is $79.95. 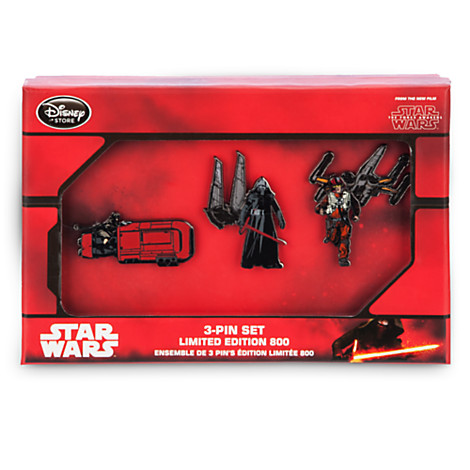 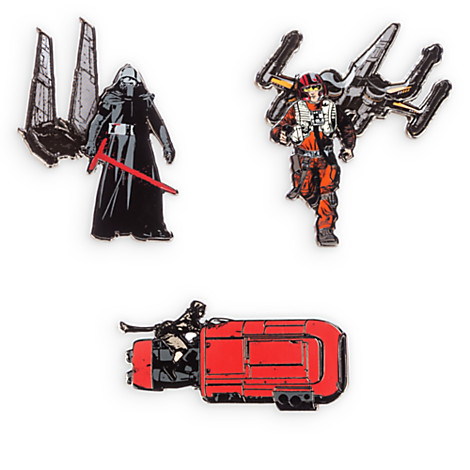 Here are the details of the Star Wars: The Force Awakens pin set:

Limit of one per person and it sold out within hours of releasing. Were you lucky enough to purchase one of these sets?