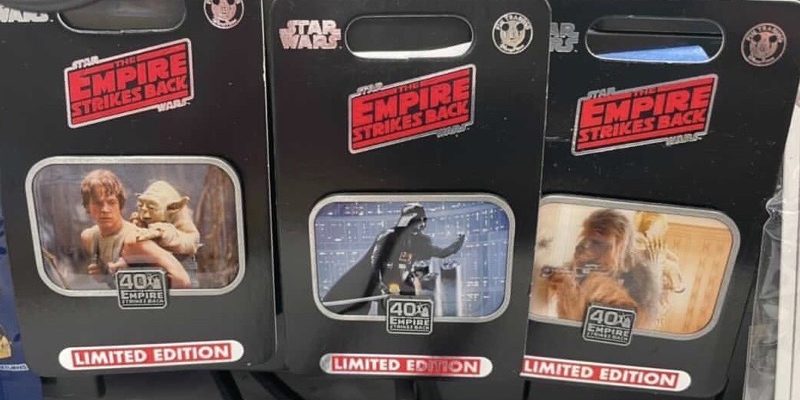 Star Wars: The Empire Strikes Back 40th anniversary Disney pins just arrived for Cast Members! Released at the Disneyland Cast Appreciation Marketplace in November 2020. Limited edition of 3,000 and the retail price is $17.99.

They feature three different scenes from the film: Luke Skywalker with Yoda on his back, Darth Vader, and Chewbacca carrying C-3PO.

Join the Disney Pin conversation in our Forums, or on our Facebook group!