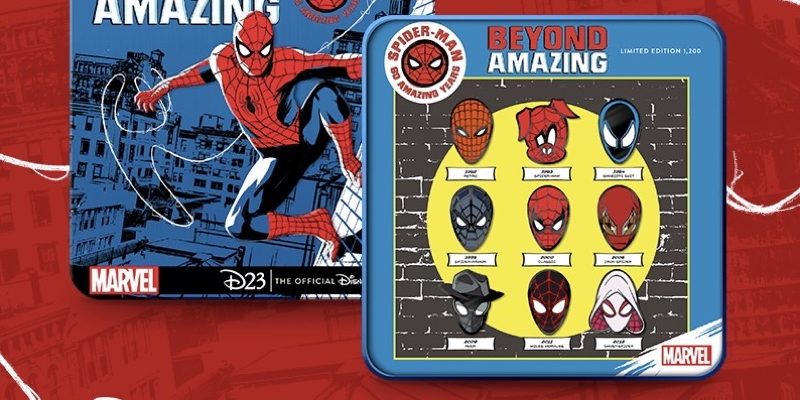 Here is a look at the new Spider-Man 60th anniversary D23 exclusive pin set! Limited edition of 1,200 and the retail price is $99.99. Exclusively available to D23 Gold and Gold Family Members starting on Monday, August 8, 2022 (7AM PT) at shopDisney.com!

The set is inspired by your friendly neighborhood web-slinger, who made his debut in Marvel Comics’ Amazing Fantasy No. 15 in 1962. Spider-Man has since become a truly iconic Super Hero, and one of the most instantly recognizable characters in the world. Over the last six decades, Spider-Man has accumulated close to 600 complete comics and has been featured in countless others; the character has also made a significant impact in the “Multiverse of Marvel” and has had several unique iterations in both Marvel Comics and the Marvel Cinematic Universe. This pin set celebrates several of those variants, in addition to the original Spider-Man.