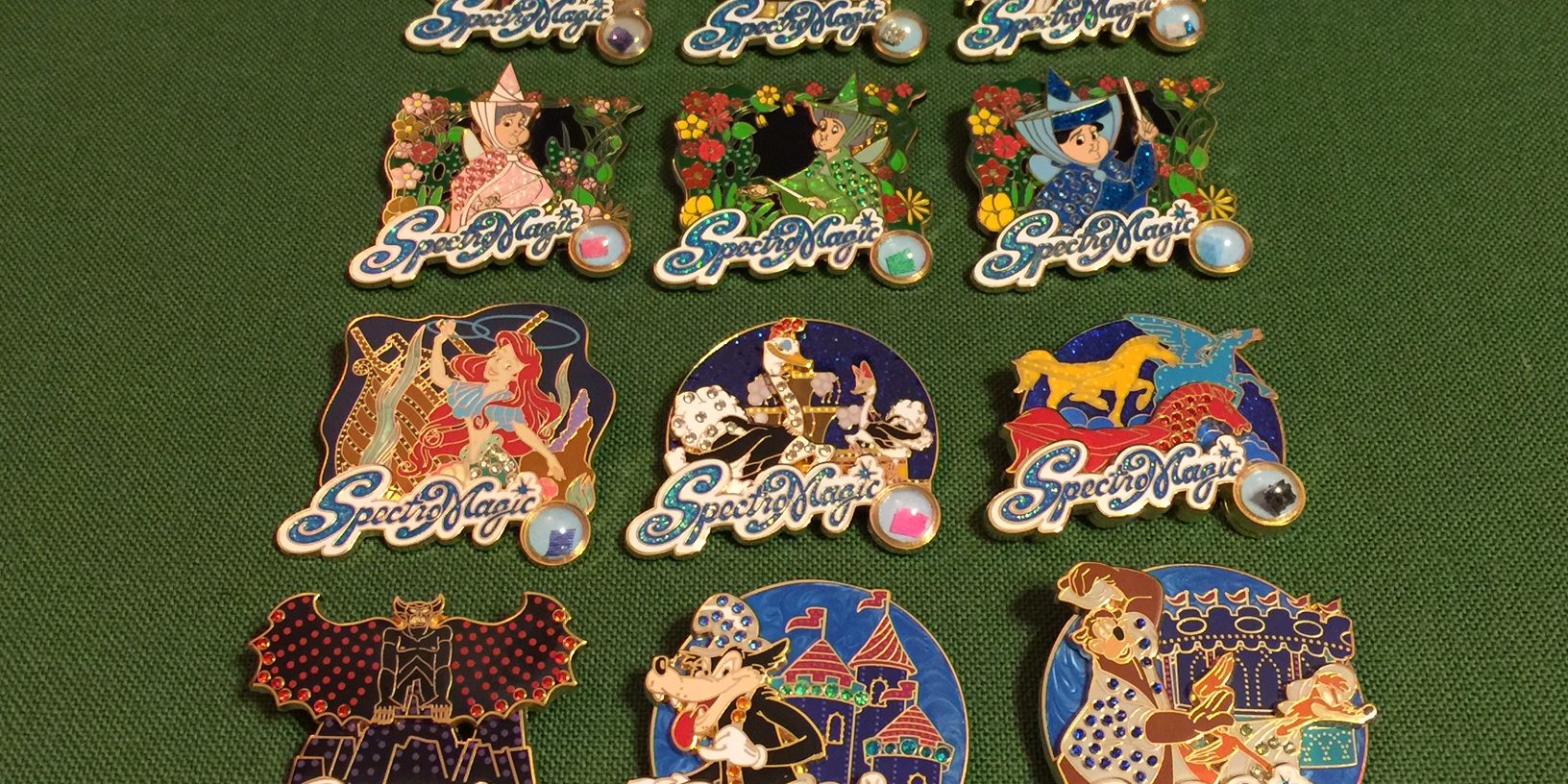 “Welcome to the splendor, the spectacle, the sparkling sensation, where the comedy and thrill of Disney fantasies come to electric life.

And now, the Magic Kingdom proudly presents, in a million points of musical light, the magic worlds of Disney…in SpectroMagic!” 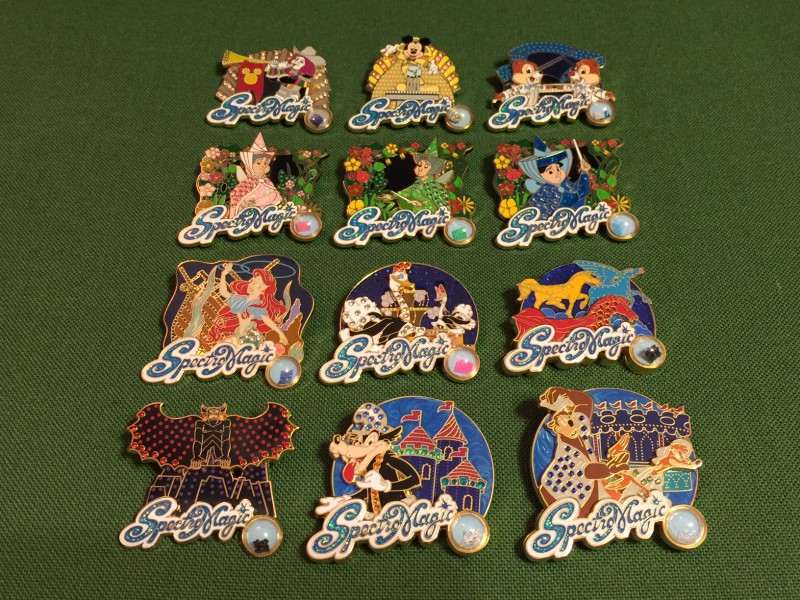 This beautiful pin collection featured pieces of costumes from various floats that were in the former SpectroMagic Parade. The SpectroMagic Parade was presented nightly at the Magic Kingdom at Walt Disney World® Resort. The last performance was June 5, 2010. 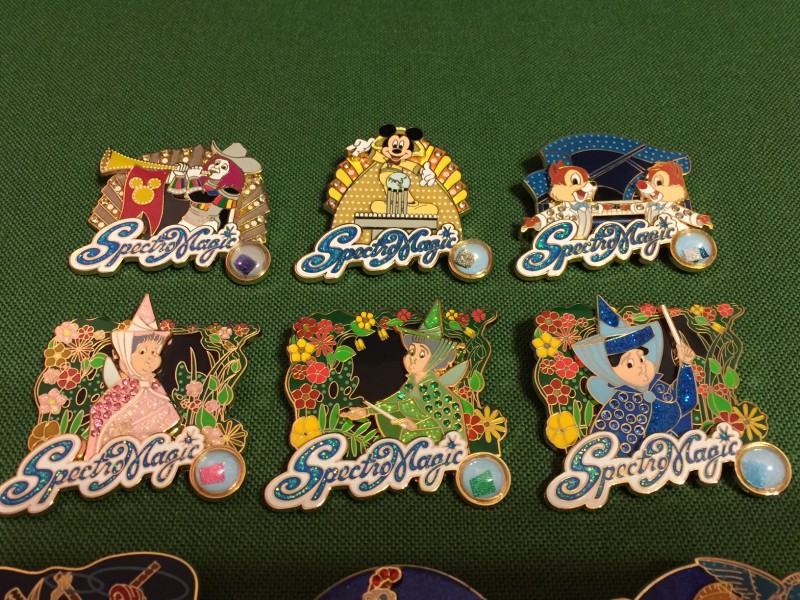 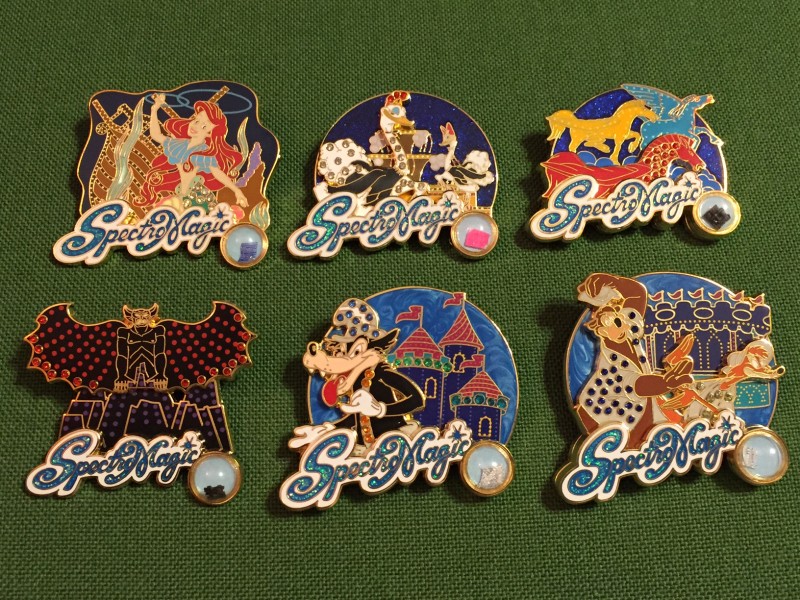 Here is a picture of the back of one of the pins. You can see it has the Mickey waffle print, gold color, SpectroMagic stamp, official Disney Pin Trading logo and serial number. 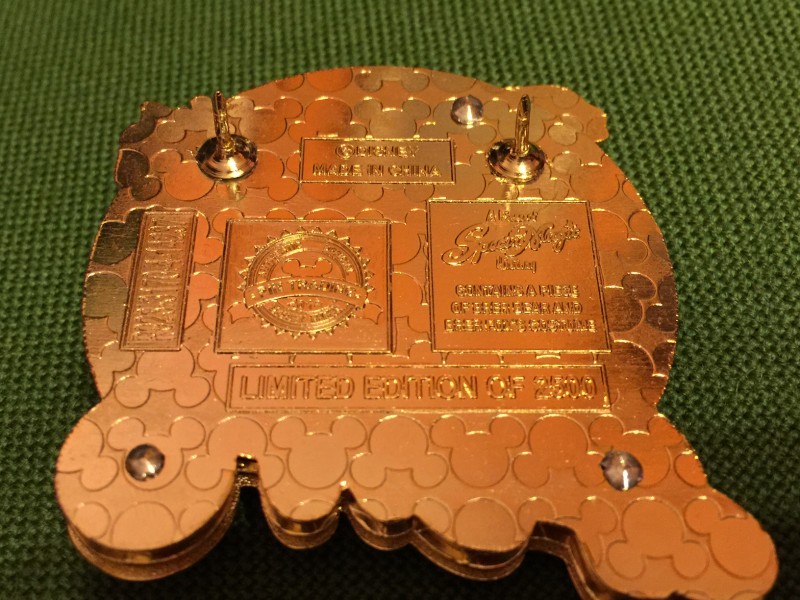 Back of SpectroMagic PODH Pin

The original retail price for each pin was $19.95. All pins are limited edition of 2500. Anyone else purchase the complete set? Or maybe just one or two if you like certain characters? Leave a comment below!

Here is a sneak peak from the Disney Parks Blog on an upcoming pin in this collection, Cinderella! 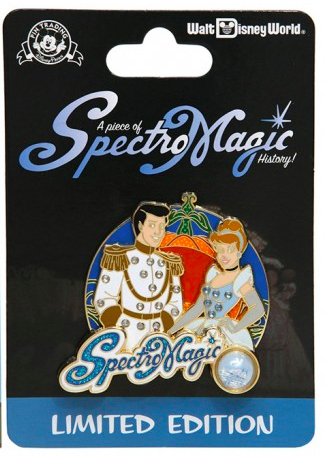