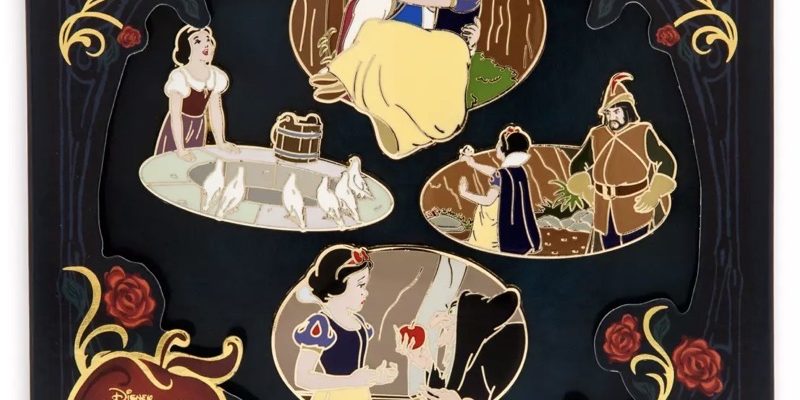 Here is a look at the new Snow White and the Seven Dwarfs 85th anniversary pin set at shopDisney.com! Limited edition of 2,050 and the retail price is $34.99. Released on Friday, December 2, 2022.