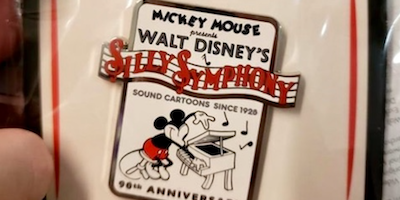 Here is a look at the Silly Symphony 90th anniversary pin at Disney Store! It is a limited release and the retail price is $12.95.