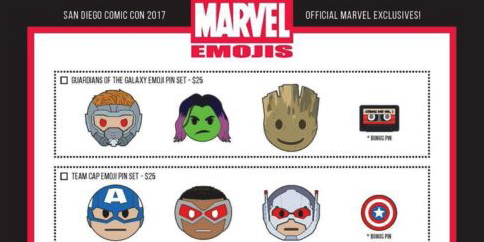 This weekend is the 2017 San Diego Comic Con! If you are heading there, be sure to keep an eye out for these exclusive Marvel Emoji pins! The SDCC is July 20 – 23, 2017 at San Diego Convention Center. 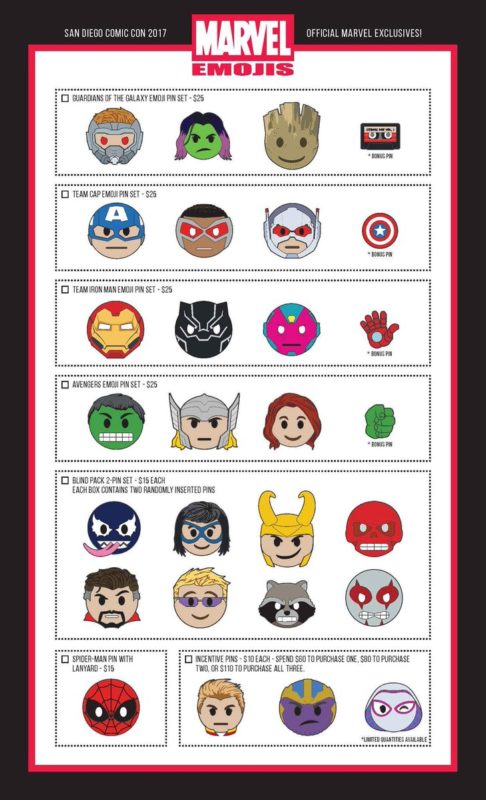 Marvel is bringing “Marvel Emojis” Pins to San Diego Comic-Con, in a variety of different styles. This year, you can pick up a blind pack 2-pin set for $15, which includes a randomly inserted pin ranging from Loki, Red Skull, Hawkeye, Rocket Raccoon, Doctor Strange, Venom, Drax, and Kamala Khan.

Click here to view the Marvel pins that were released at last year’s Comic Con.