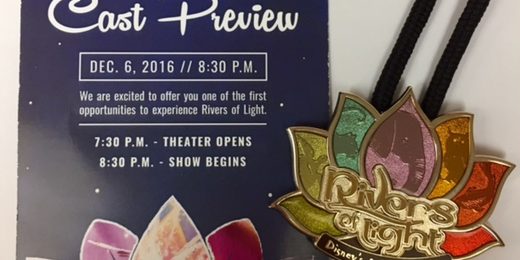 Recently I was lucky enough to be able to attend a preview of the Rivers of Light show at Disney’s Animal Kingdom and it was nothing short of amazing; The Rivers of light show takes place in the amphitheater that is in-between Asia and Dinoland USA. The Cast Preview was December 6, 2016. 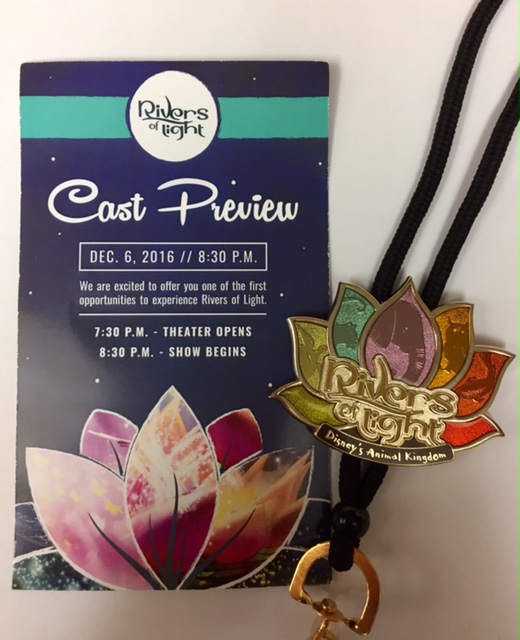 This new show has such a presence just from the music that washes over you and is able to make you feel small in this great world of ours. As the show began the boats and floats made their way onto the water and created a show that was nothing less than breathtaking, the images, sights, and sounds wash over you like a title wave of feeling and I can’t help have a new appreciation for the world we live in. 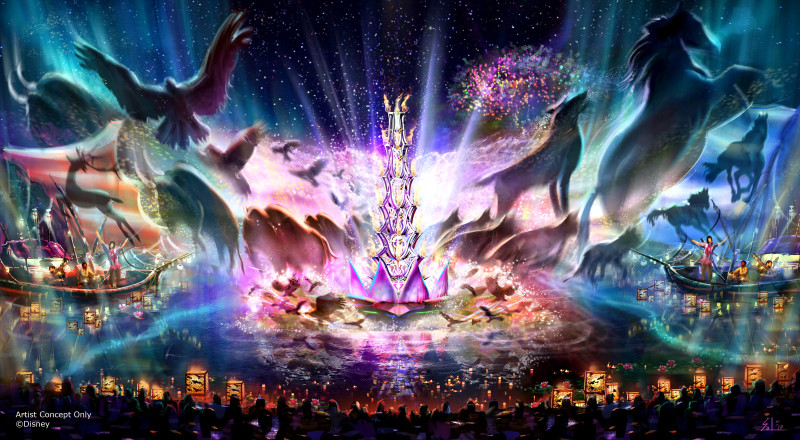 This show shares similarities with Hollywood Studio’s Fantasmic in the fact that there are floats on the water and images on water screens, but the two shows couldn’t be more different. Disney’s lead imagineer Joe Rohde truly designed a work of art with this show, the application of all the elements on the water flow so well together that you really get swept up with the performance and just sit and wonder at the beauty of this spectacular. This is honestly a show I believe everyone should see without hesitation or reservation, you won’t walk away disappointed.