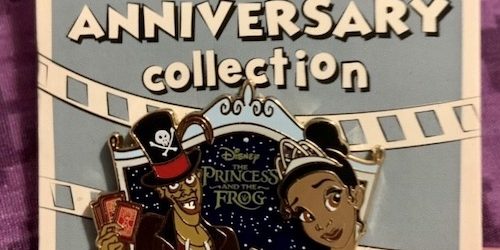 Here is a look at the December 2019 Cast Member Movie Anniversary pin release! It features The Princess and the Frog 10th anniversary. Limited edition of 800.