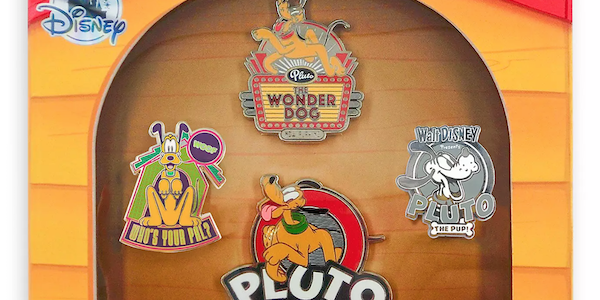 Here is a look at the new Pluto 90th anniversary limited edition pin set available at shopDisney.com! It is limited edition of 2,300 and the retail price is $59.99. Released on October 26, 2020.

Celebrate the 90th Anniversary of Mickey’s pal Pluto with this set of four limited edition pins. Collector’s will put on the dog with these nostalgic, vintage-look cloisonné pins presented in a ”doghouse” display.

Star Wars: The Bad Batch Pin Releases at shopDisney
May 4, 2021