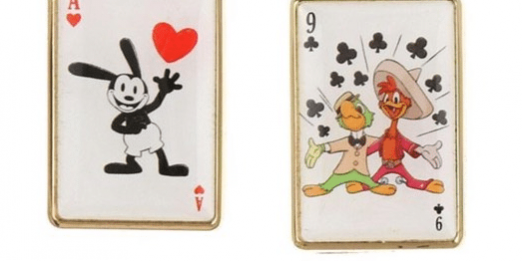 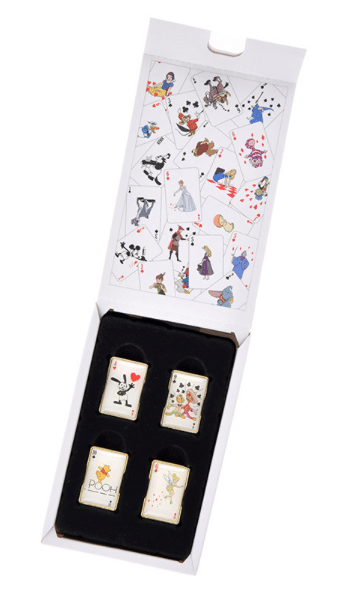 There are four (4) pins in this playing cards pin set and they are open edition. The pins feature Oswald, Panchito with José, Tinker Bell, and Pooh Bear. The retail price is ￥2484.

Take a look at the pins below! 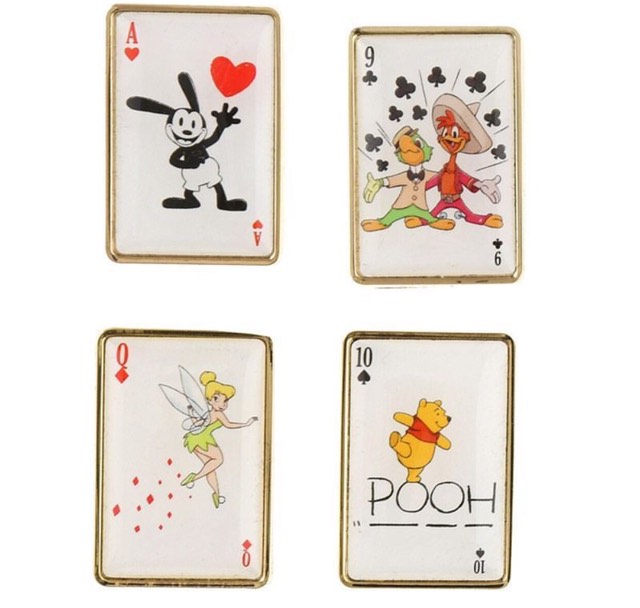 Are you a fan of this set? Let us know!