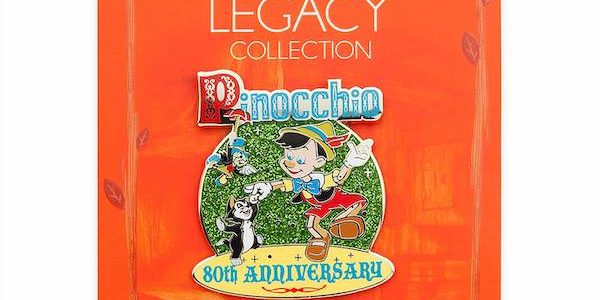 Here is a look at the new Pinocchio 80th Anniversary pin available at Disney Store and shopDisney.com! It is a limited release and the retail price is $15.95. Released in January 2020.

Makes no difference who you are, you’ll love this glittering cloisonné pin celebrating the 80th Anniversary of Walt Disney’s animated masterpiece Pinocchio. It reminds us that wishing on a star can make your dreams come true.

Star Wars ”Survivor” Pin by Her Universe at shopDisney
September 28, 2022

Star Wars “The Force Surrounds You” Pin at shopDisney
September 13, 2022