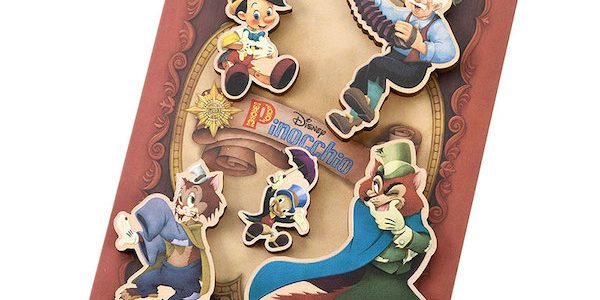 Here is a look at the new Pinocchio 80th anniversary pins at Disney Store Japan! They were released in January 2020.

The first pin features a gold badge given by the fairy Blue Fairy for recognition of the achievement of Pinocchio’s conscience Jiminy Cricket. It comes in a collectible box as well. The retail price is 1,760 yen.

The second release features this Pinocchio 80th anniversary character pin set! There are five pins in total and the retail price is 2,750.