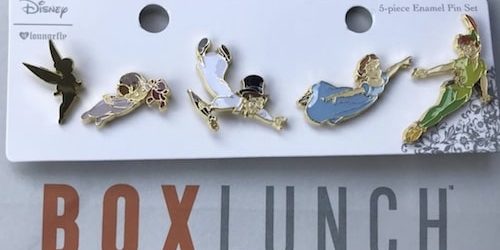 New Peter Pan pin set is now available at BoxLunch retail stores! It was released in mid February 2018. The retail price is $16.90.

Here is a look at the pin set: 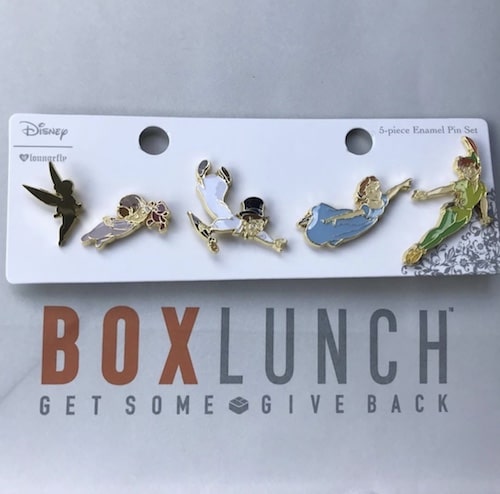 You can fly to Neverland with this new pin set at BoxLunch! Just in time for the 65th anniversary. The set features five different enamel pins. The characters included are Tinker Bell, Michael, John, Wendy and Peter Pan.

Join the Disney Pin conversation in our Forums, or on our Facebook group!

The Child with Frogs Star Wars Pin at BoxLunch
October 13, 2021