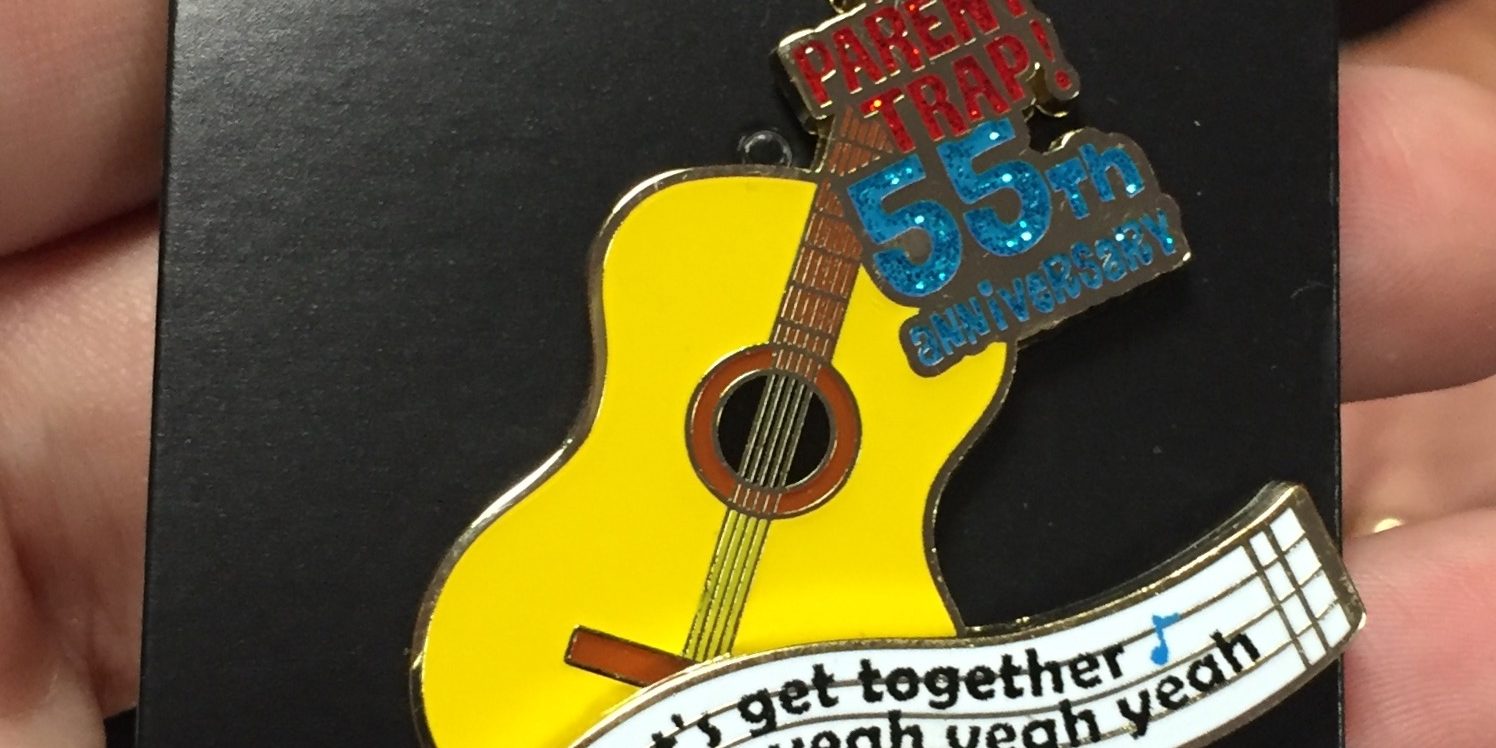 The original The Parent Trap movie debuted on June 21, 1961. It was produced by Walt Disney Pictures and was about teenage twin sisters swap places and scheme to reunite their divorced parents. 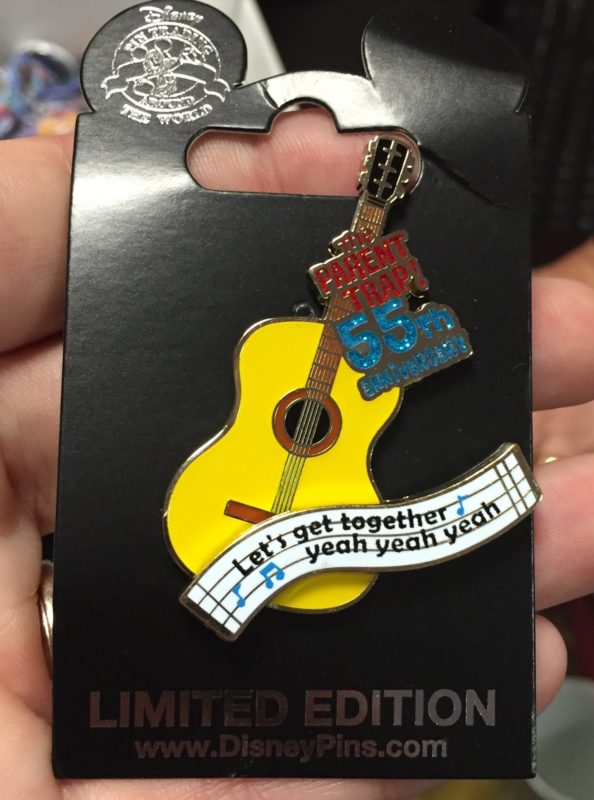 The Parent Trap 55th Anniversary pin is limited edition of 1,000. If you are a CM at WDW, this pin can be purchased at Company D. The retail price is $11.95. It features a guitar and music notes, the bottom of the pin reads: Let’s get together, yeah yeah yeah. Pin-on-pin design with glitter embellishments.