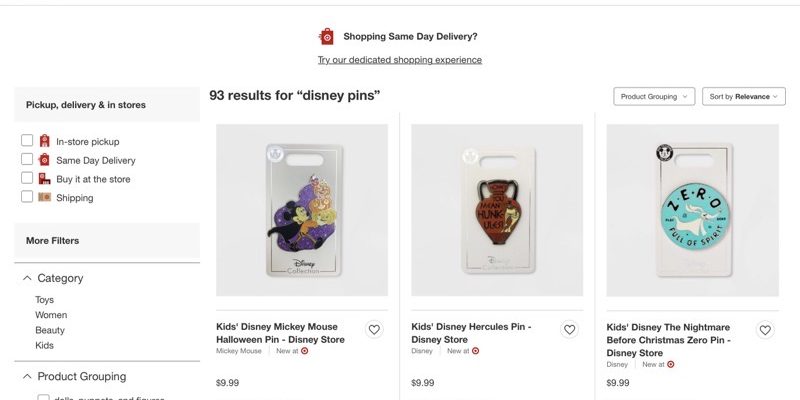 Target has been known to have exclusive Disney pins in the past, including a few unique Loungefly pin sets. Now, official Disney Pin Trading pins from Disney Parks are available in store and online!

This is due to a lot of the Disney Store retail locations closing around the country. Most of these pins offered at Target can be found online at shopDisney.com as well.

We noticed the new Marvel pin series, Halloween 2021 pins and Disney Pixar Coco pins have been spotted at Target and Target.com. These have been previously released at Disneyland and Walt Disney World.

What are your thoughts on Disney Parks pins being offered at Target now? Leave a comment below.