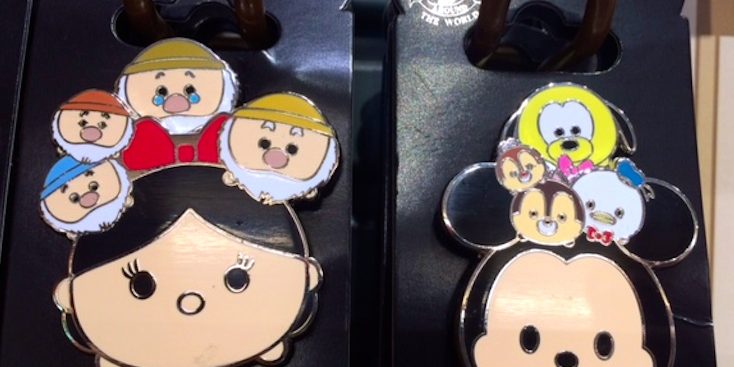 You may have seen these two Tsum Tsum pins before. Well, they were originally released at Hong Kong Disneyland® Resort about a year ago. Click here and here to see the original release.

They have now made their way to Disney Parks in America! Both of these open edition (OE) Tsum Tsum pins can be found at Disneyland and Walt Disney World. They were released in late January 2016. 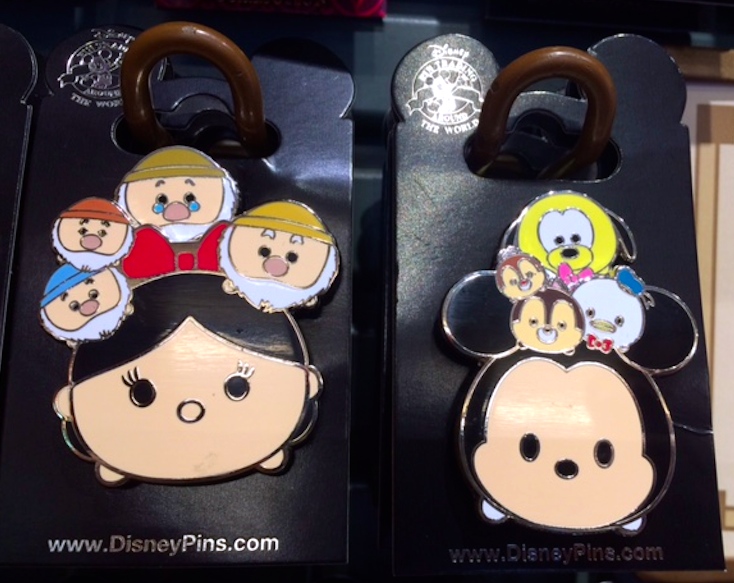 One pin features Snow White with Dwarfs and the other features Mickey Mouse with classic characters. They are both slider pins and the retail price is $11.99 per pin. Also available in the Shop Parks mobile app.