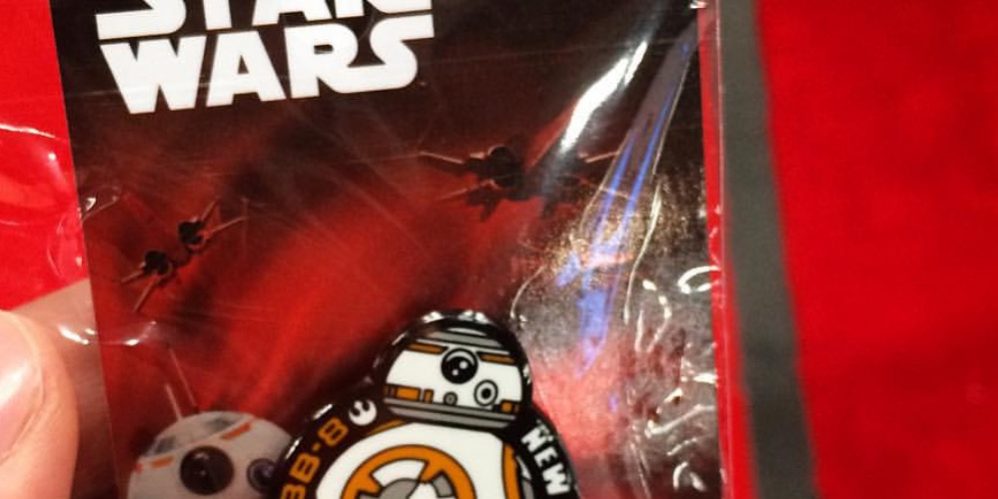 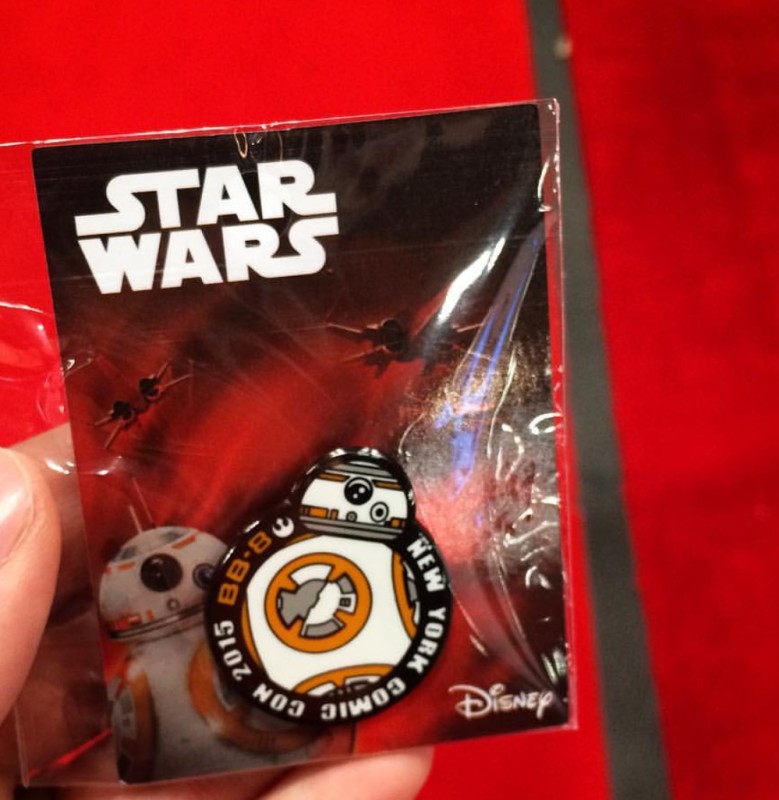 This NYCC BB-8 pin is exclusive to the convention. The retail price is $10. The pin itself reads “New York Comic Con 2015 BB-8” around the outside of it. Comes with the back card which depicts Star Wars: The Force Awakens art and a Disney logo in the corner.

Photo credit goes to our friends at Dan the Pixar Fan (starwarzcollection on Instagram).