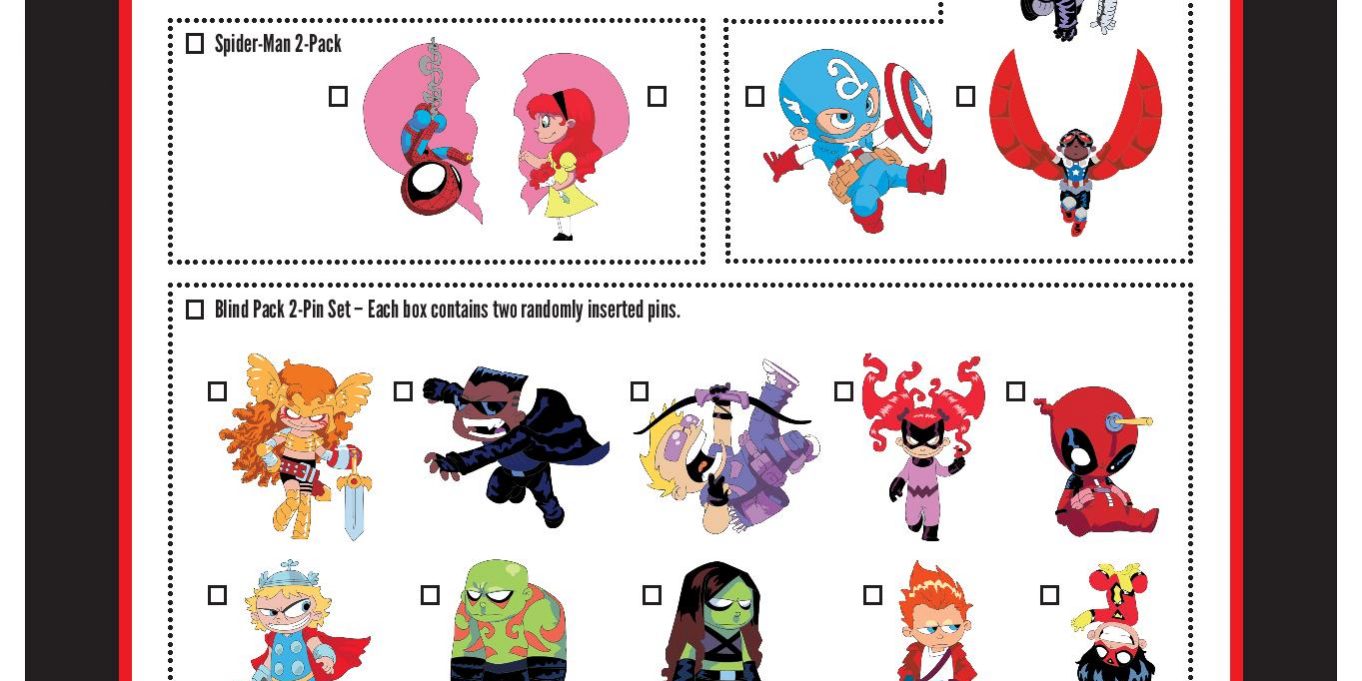 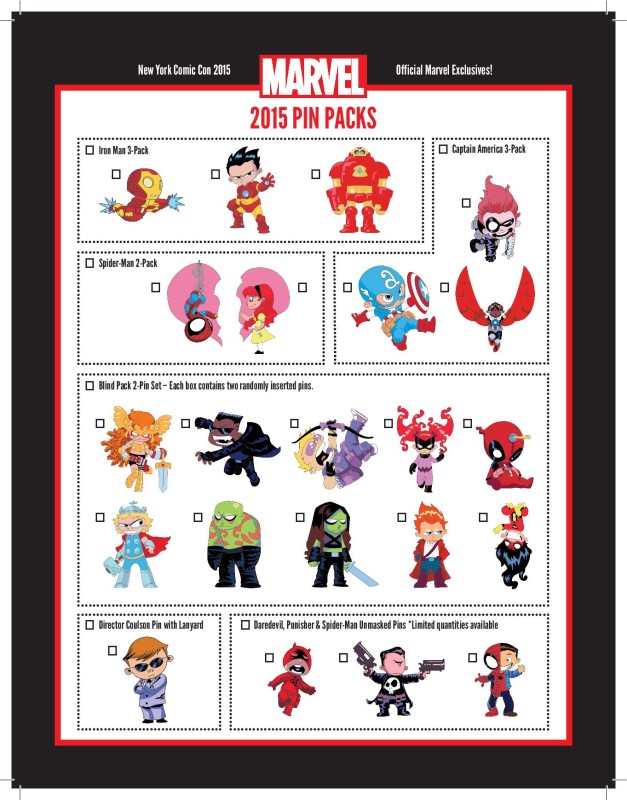 These pin packs are inspired by the art of Skottie Young the likes of Iron Man, Captain America, Guardians of the Galaxy and more! Be sure to get to the booth (#1354) early because items are limited and sell out quick!

These are very similar to the Marvel pins that were released at San Diego Comic Con 2015, click here to view those.

If you are attending NYCC 2015, show-off your pins in the Forums!