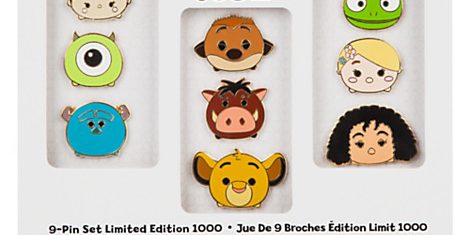 This new Tsum Tsum pin set released a day early on DisneyStore.com before it’s released at Disney Store UK. It was released early on Monday, January 4, 2016. 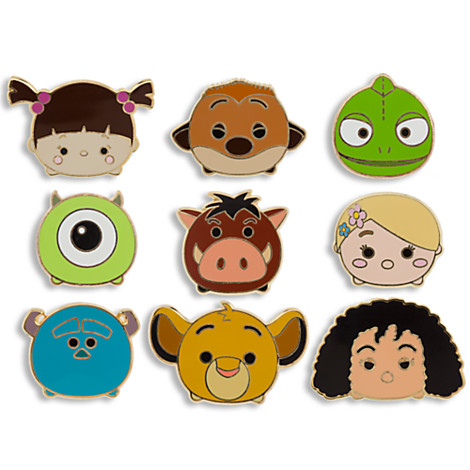 This Limited Edition display-boxed set contains nine character pin designs inspired by the films, Monsters, Inc., The Lion King, and Tangled, illustrated in the ”Tsum Tsum” plush style. It is limited edition of 1,000 worldwide, which means 500 were released in the USA. Limited to 2 per guest. 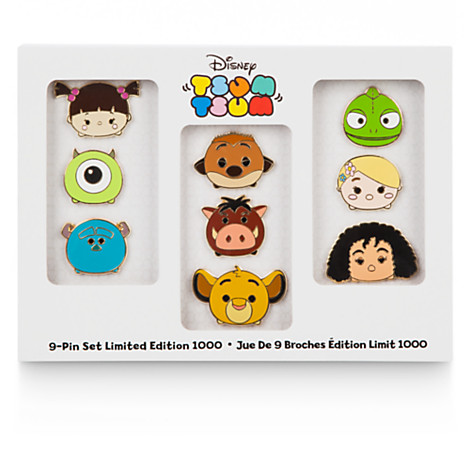 If you haven’t purchased already and you’d like to, I would soon. This pin set will sell out quickly.