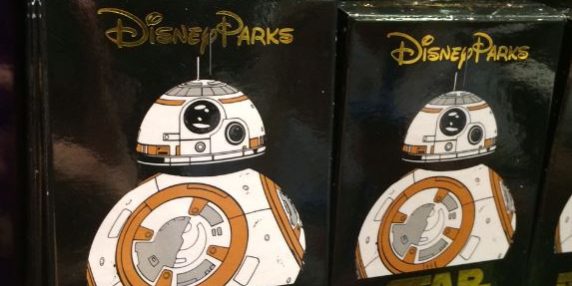 Disney treated its guest with a nice array of new merchandise on September 4th as we celebrate the first release of Star Wars: The Force Awakens merchandise.  We saw new toys, clothes and phone cases, but most importantly we saw new PINS!!

Disney released a nice variety of new Star Wars pins that will satisfy any Star Wars fan excited for the new movie. So lets get started. 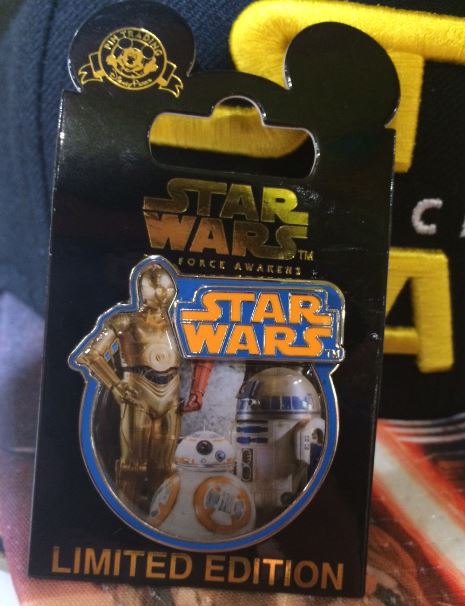 Next, features Rey in front of the Rebel Alliance sign and also has the Star Wars logo at the bottom. Retail price $9.95. 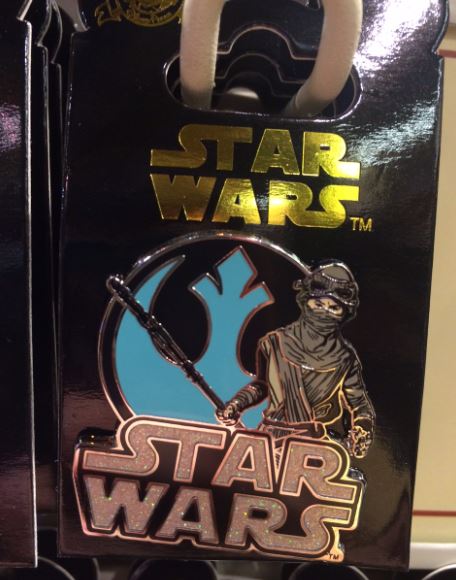 Keeping things on the lighter side of the force its time to “Join the Resistance” with this new pin. Retail price $8.95. 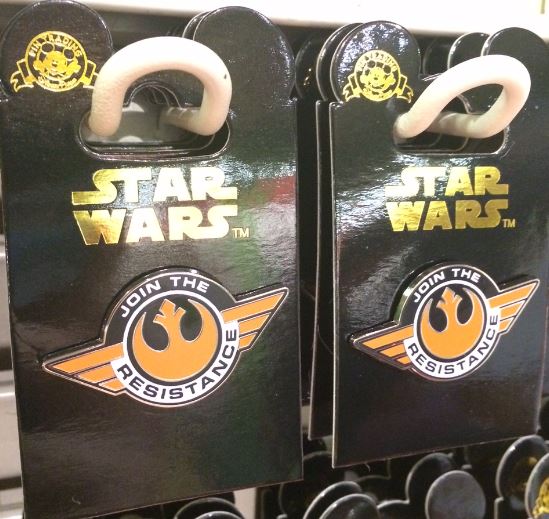 The new android BB-8 is given its own solo pin with the bottom of the pin being of the to spin. Circling BB-8 has the words “Join the Resistance” followed by its name. Retail price $11.95. 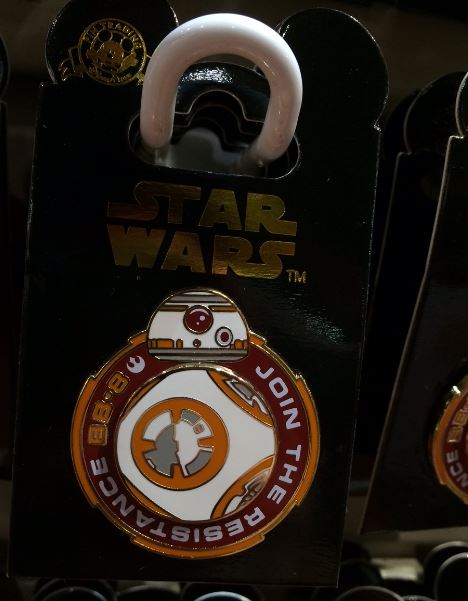 Moving over to the dark side of the force, there is a new Storm trooper pin with the words “Power” on top and  “First Order” on the bottom of the newly designed Storm trooper. Retail price $9.95. 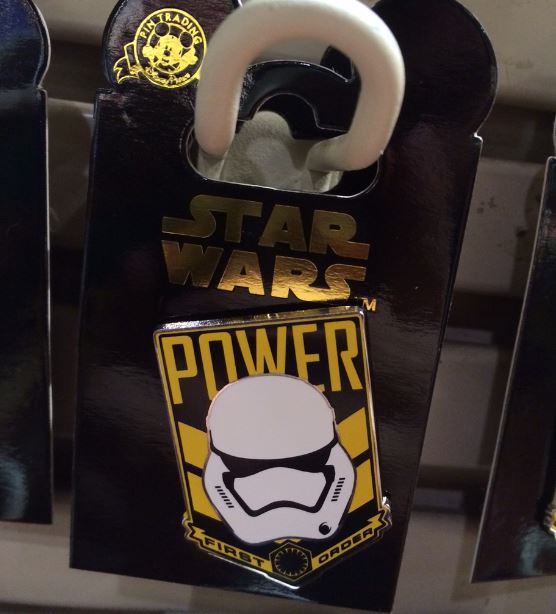 There is also a new dark side pin showcasing Kylo Ren  in red and black with the words “The first order rule the galaxy” circling around him. Retail price $9.95. 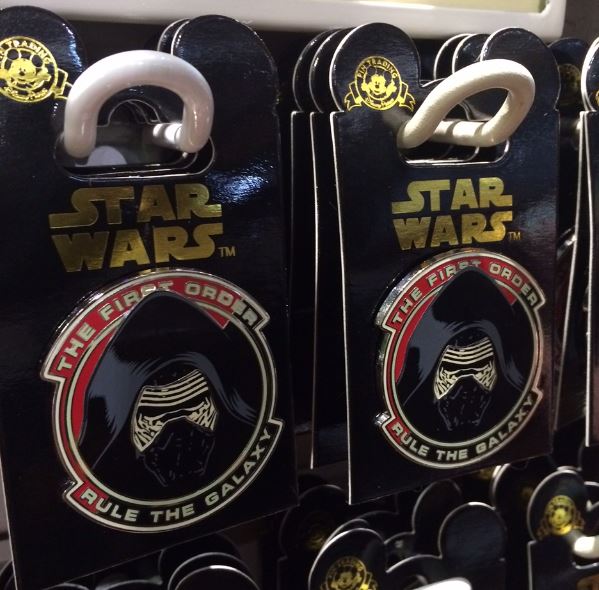 A new Star Wars the Force Awakens pin set was released showcasing what looks like set moments and characters from the movie. Retail price $29.95. 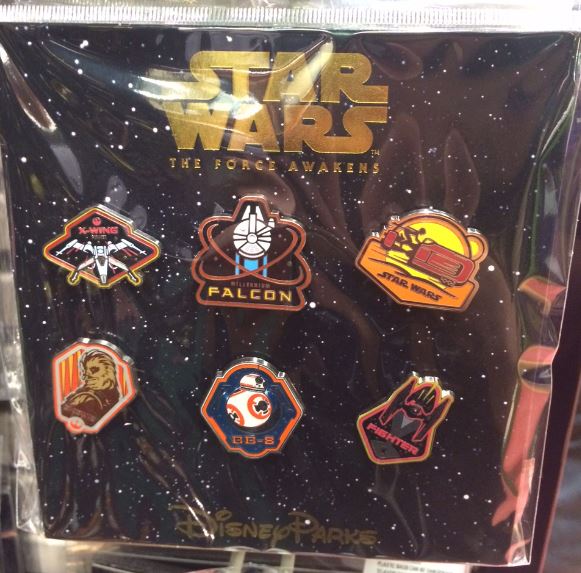 Lastly, there is a new Star Wars the Force Awakens mystery pin set featuring portraits of the popular characters from the upcoming movie. Each set comes with two pins.  Retail price $15.95. 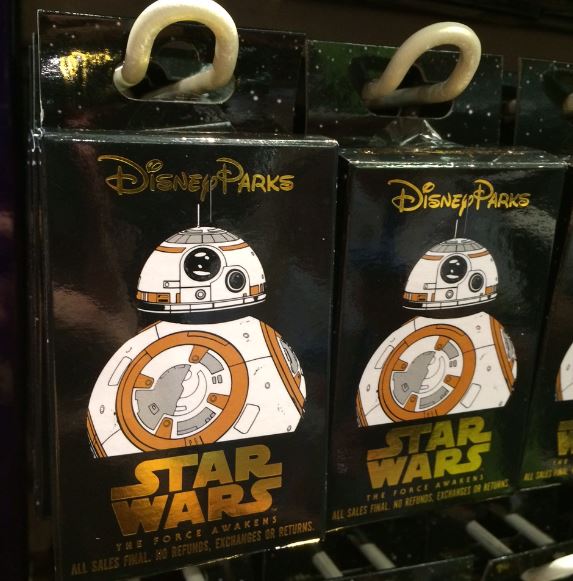 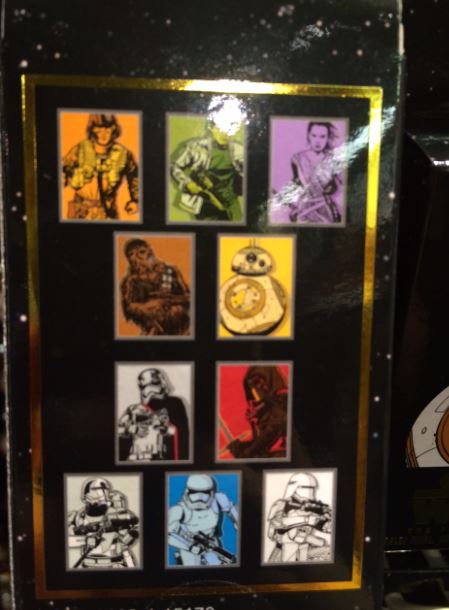 Back of The Force Awakens Pin Collection Box

We are very excited for the new pins and cannot wait until the next wave of new pins that will be released in the upcoming months. If you want to see more of what Force Friday had to offer be sure to check out our other blog post that showcases all of the new merchandise that was released that night. #ForceFriday