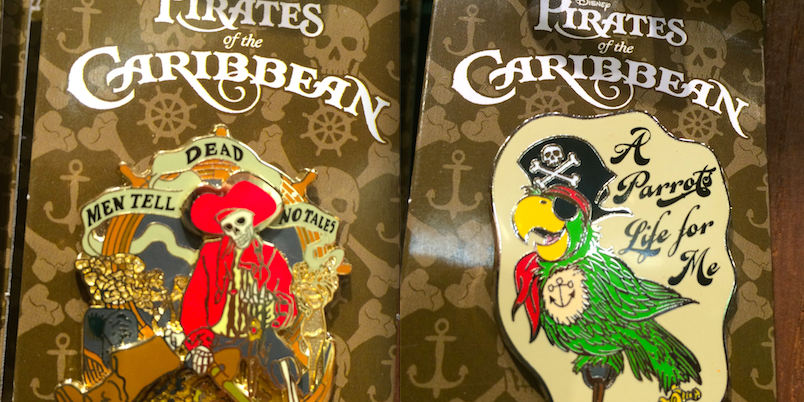 New pins were spotted the second week of April all across Walt Disney World featuring a wide variety of different Disney characters, attractions, and even hotels.

Lets begin with the attractions pins. Two new Pirates of the Caribbean pins were spotted, the first one showcasing a dead pirate in skull and cross bone surrounded by gold with a banner in the background saying the famous pirates phrase “Dead Men Tell No Tales”. The other pin features a pirate green parrot wearing an eye patch and a wooden leg with a banner in the background with a twist on a famous pirates phrase “A Parrots Life for Me”. Retail Price $11.95 each. 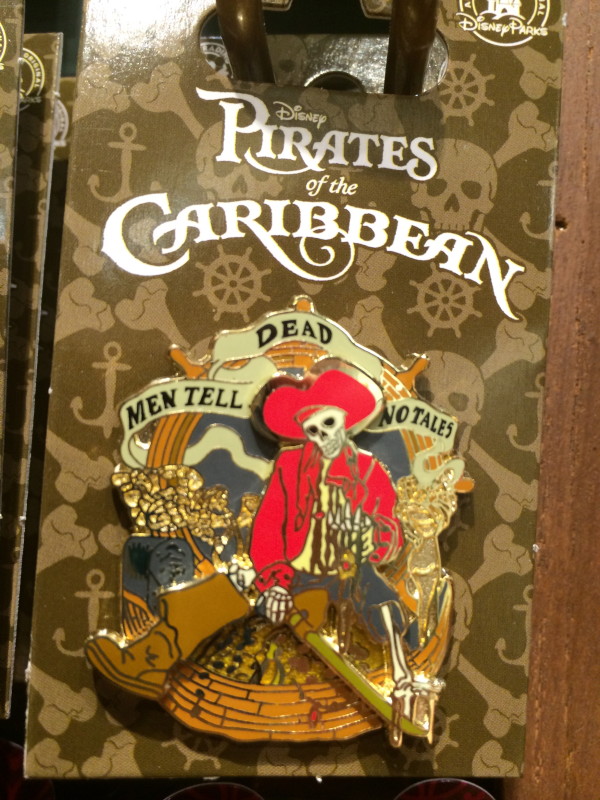 Pirates of the Caribbean – Dead Men Tell No Tales 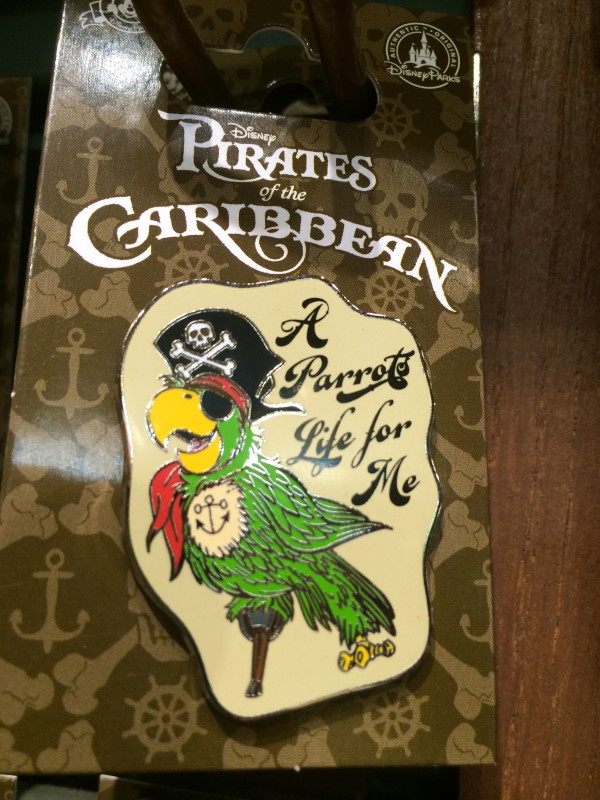 Pirates of the Caribbean – A Parrots Life for Me 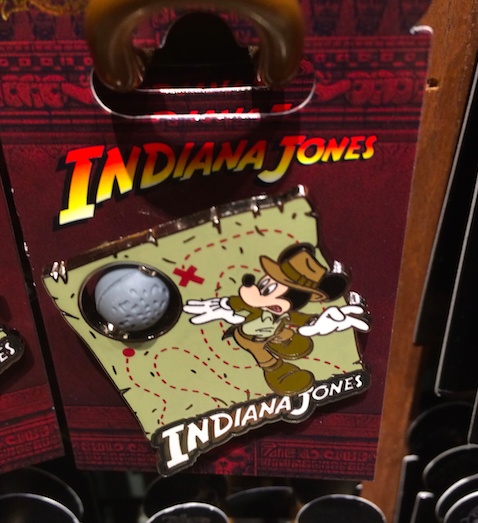 Next there are two new Pixar pins. One displaying Randall from Monsters Inc. trying the scare all the guest away from buying his pin on a green backdrop. Retail price $8.95. 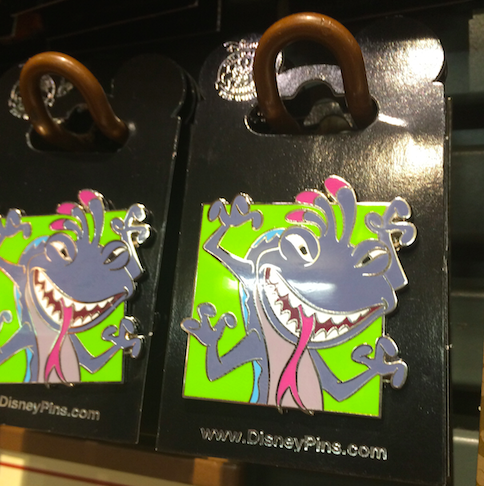 The other pin showcasing a silhouette of Merida from Brave with her bow and arrow at the ready with the movie title “Brave” in front of her. Retail price $9.95. 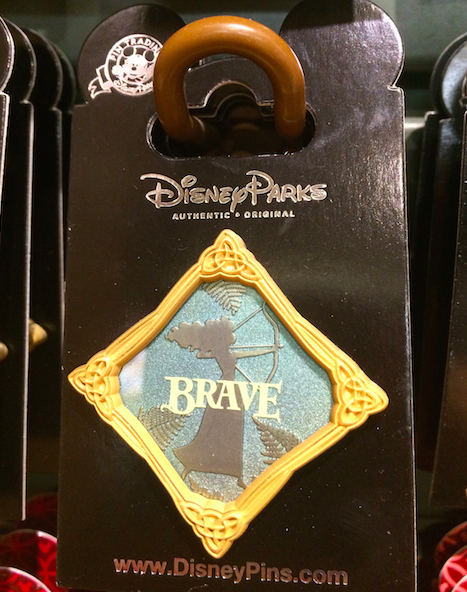 Any Stitch fans? Four new Stitch pins were also spotted, one features Stitch in his red jumpsuit ready to fire with his guns out next to his alien friend Pleakley trying to figure out how to use a camera at a retail price of $13.95. Another one showcasing Stitch on a surfboard, Stitch at Typhoon Lagoon going down the slide and lastly Lilo petting Stitch with the phrase “Ohana means family” on the bottom. Retail price $9.95 each. 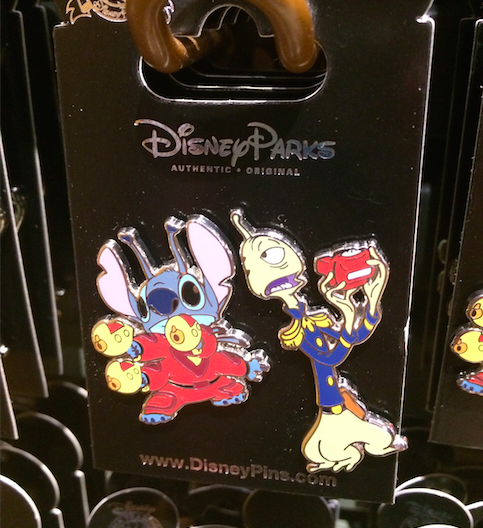 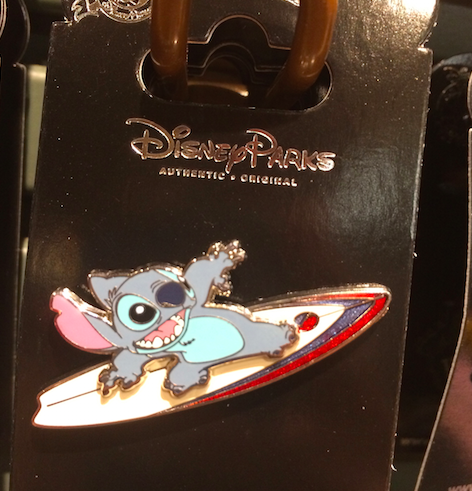 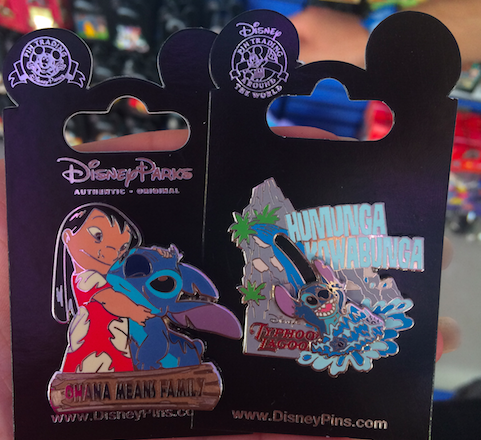 It is always nice to see the classics and there were two that were found. One featuring Pluto being annoyed by the very funny Chip and Dale as they try to sleep on his head. The second one goes all the way into the Hundred Acre Woods with Pooh Bear and Piglet holding an umbrella trying to beat the very windy day. This is a moveable pin. Retail price $9.95 each. 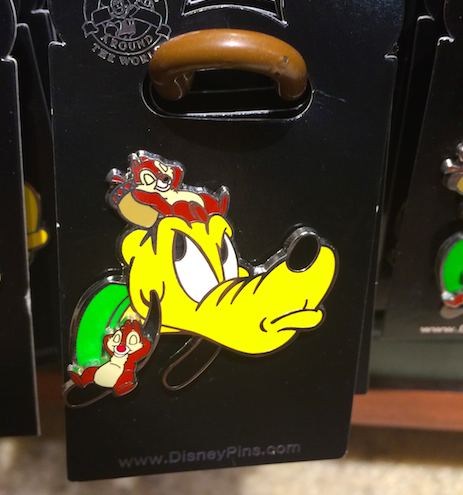 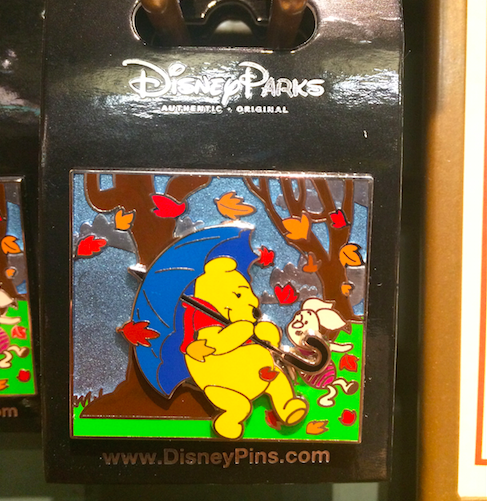 Lastly, popular Disney hotel pins were spotted with a new design. These pins are great to collect, it holds as a memory that you have stayed at this hotel while you were on vacation. Retail Price $8.95 each. 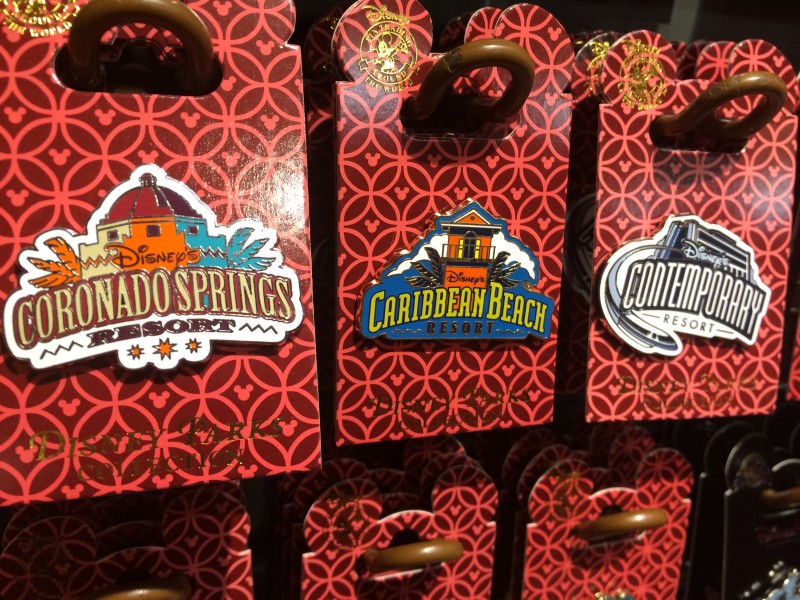 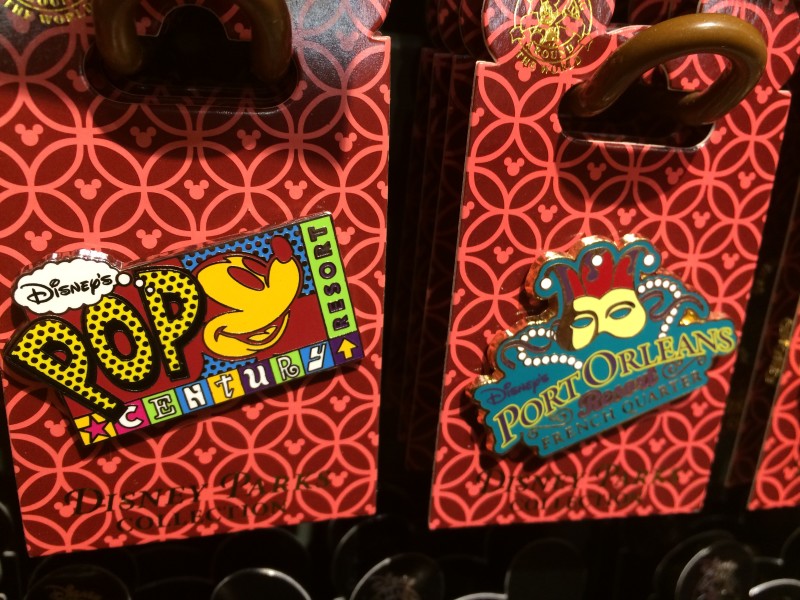 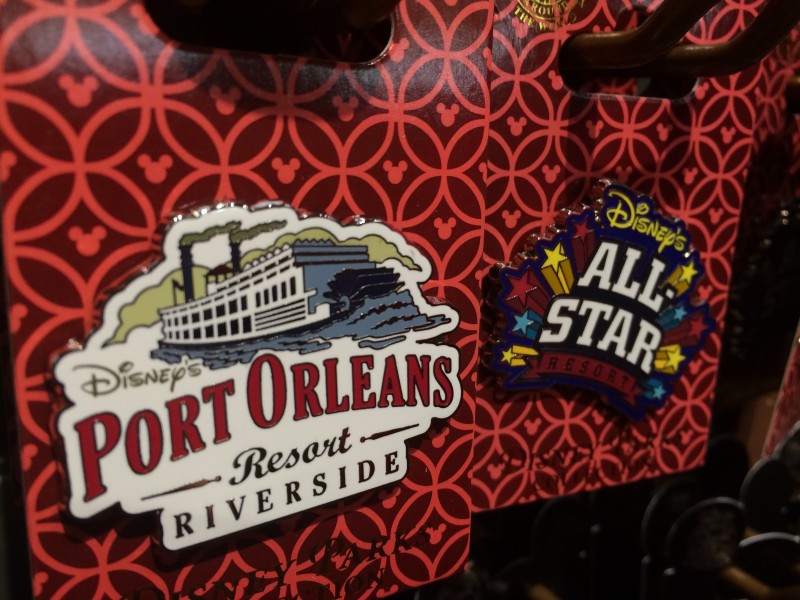 Keep on the look out for more Disney pins because you never know who or what you might see!