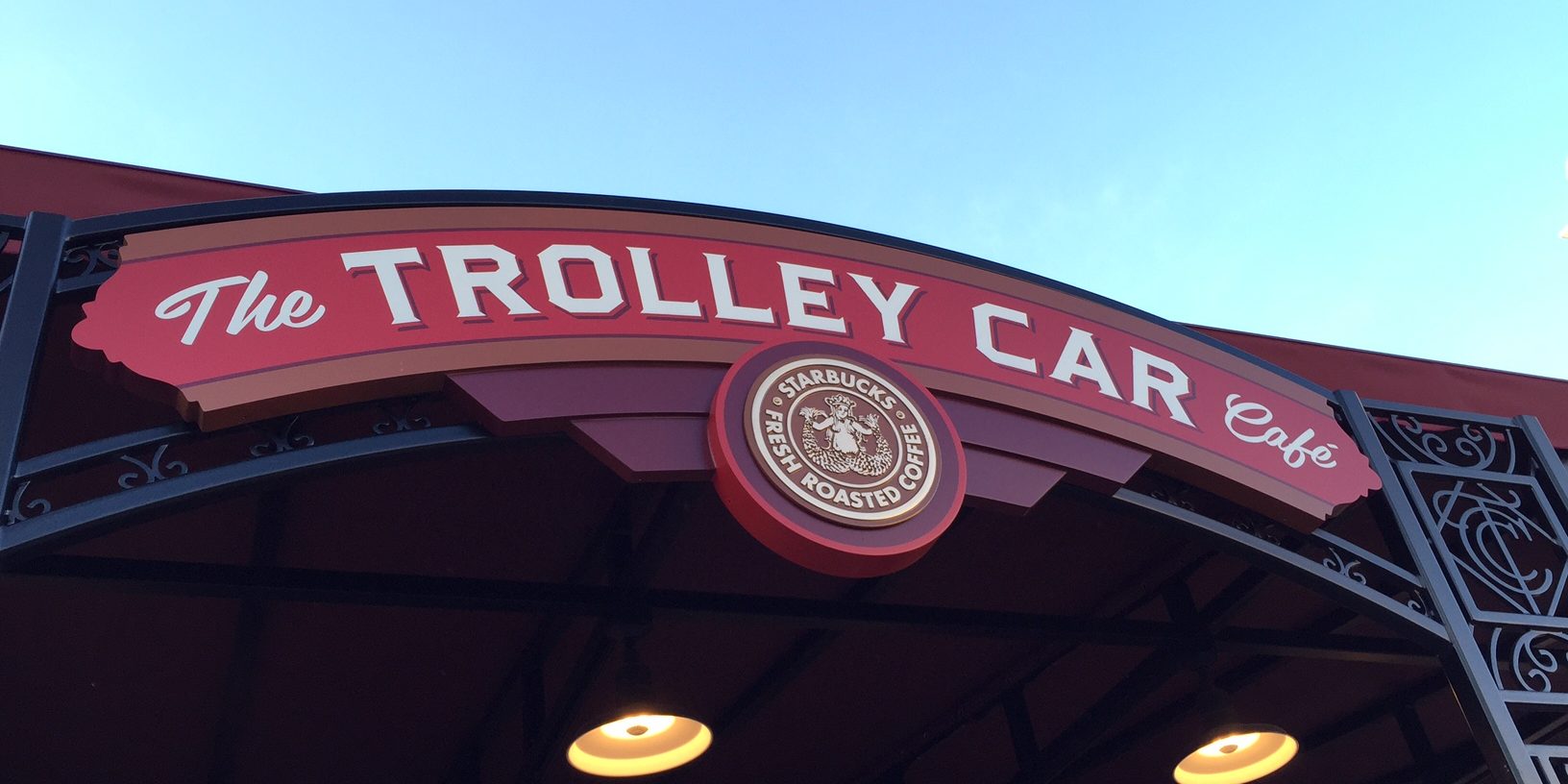 As we continue farther into 2015, change is definitely in the air at Disney’s Hollywood Studios.  First, as many people know, the giant Sorcerer’s Hat is being removed as the icon of this park.  The hat was originally created during the 100 Years of Magic Celebration for what would have been Walt’s 100th birthday.  It was not meant to be a permanent structure, but many people thought that it would never be taken down.  I don’t know for sure, but I bet that the hat’s destruction has something to do with the attempt to breath new life into DHS as we move forward.  Many attractions have closed, such as the American Idol Experience, the Backlot Studio Tour, and the Legend of Captain Jack Sparrow.  Some of the new Frozen offerings have also ended their run.  Wandering Oaken’s merchandise location as well as the Frozen Funland have closed since 2015 began, which has left the back part of the park very empty when it comes to attractions.  No new information has been released as to what will be coming to the Studios as we continue into the new year.  There is a great deal of speculation about Star Wars as well as a Pixar themed land, but no one knows for sure what will be coming our way next. 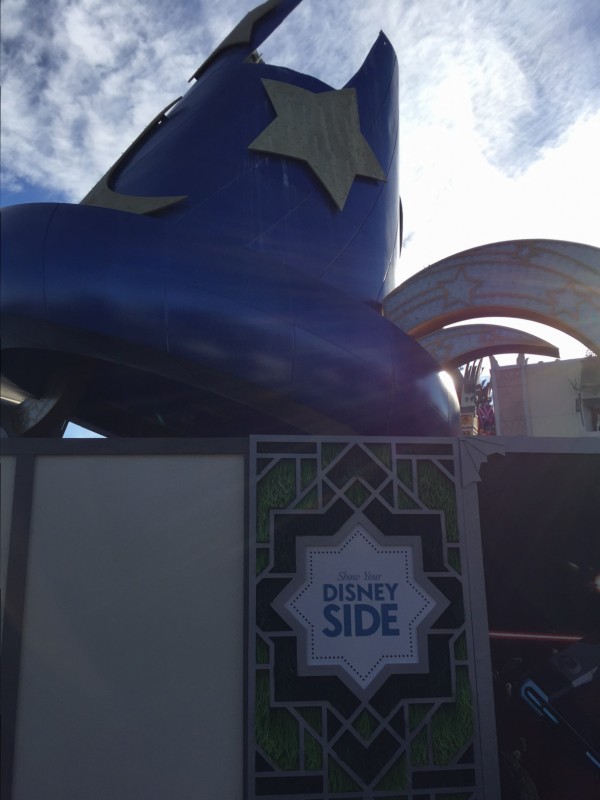 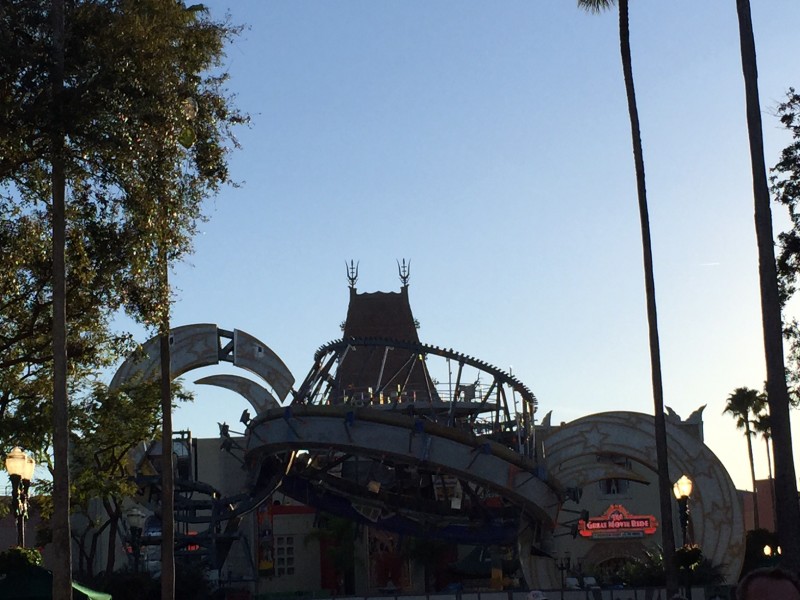 With the hat taking its leave, the pin store under the hat also went on the chopping block.  Many of the pins have been relocated to the Sunset Ranch Market on Sunset Blvd, and the rest of the pins have found a home at two carts near the hat’s construction walls.  It would be wonderful if DHS had a more permanent pin hub like the one that exists in Frontierland at the Magic Kingdom.  We will have to wait and see what happens.  With regard to merchandise, there has also been a development in the world of Vinylmation.  As of Februrary 5, there is no more Vinylmation trading anywhere at WDW.  This is such a sad change because this type of trading, like pin trading, gave guests and cast members a way to interact with each other and learn a little bit more as they chatted.  Disney has not released any information that explains this drastic change. 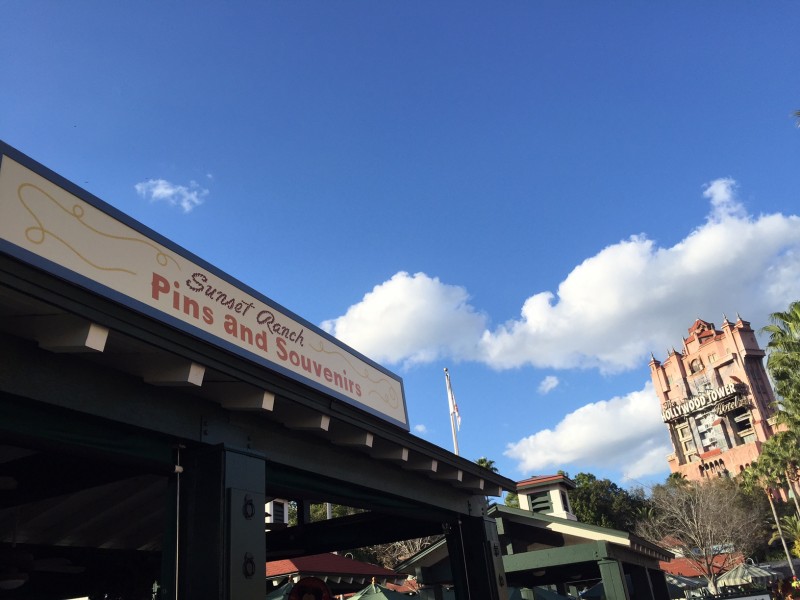 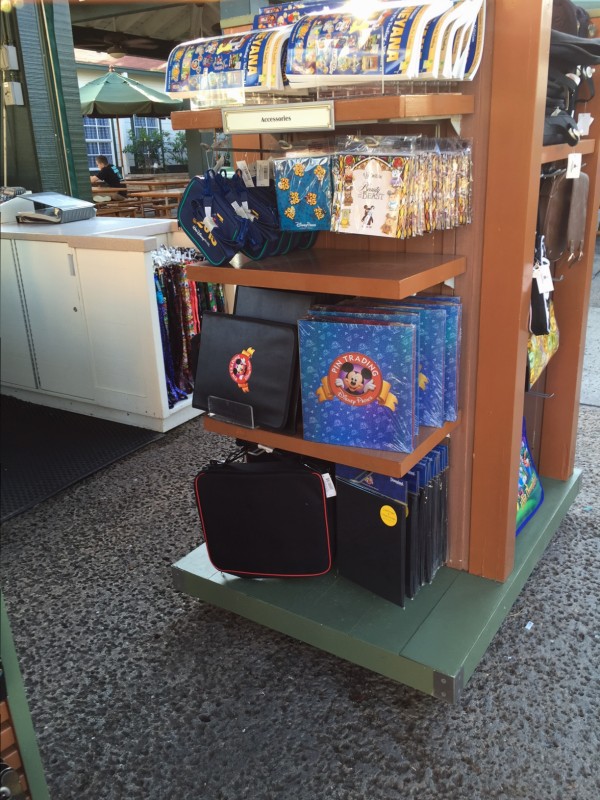 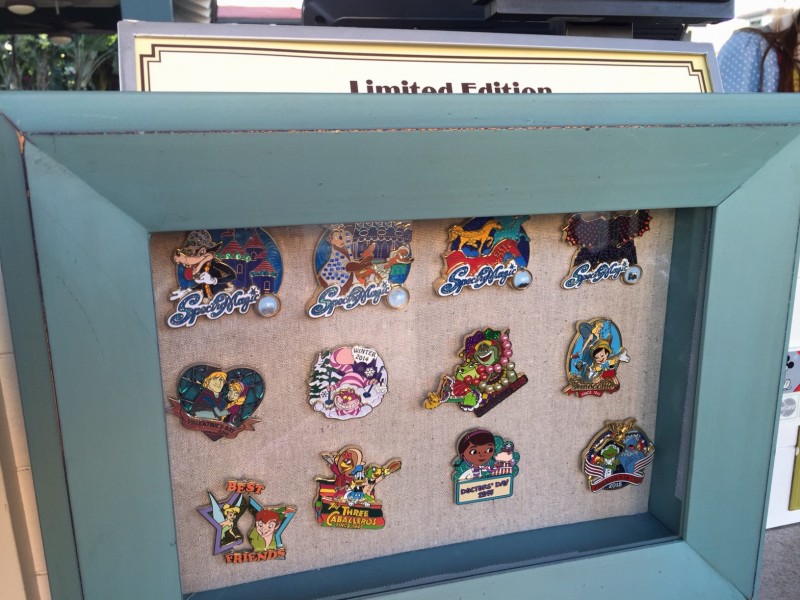 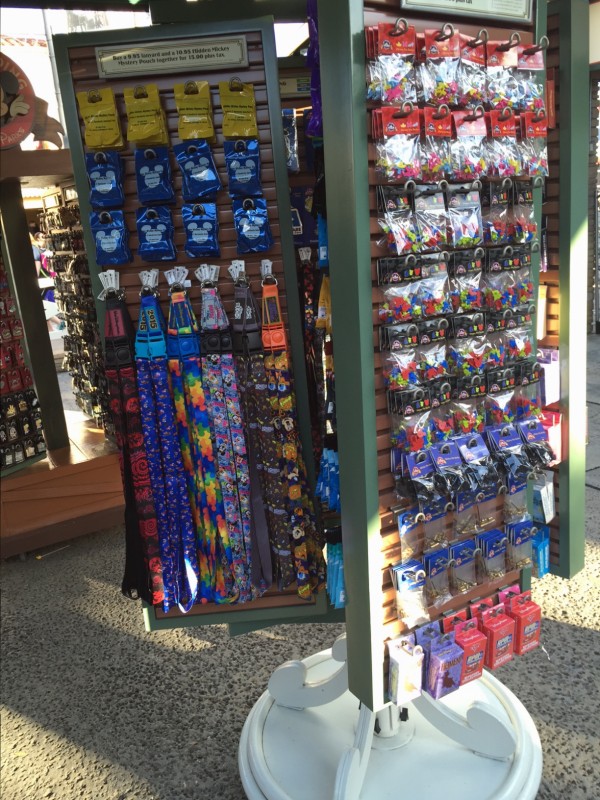 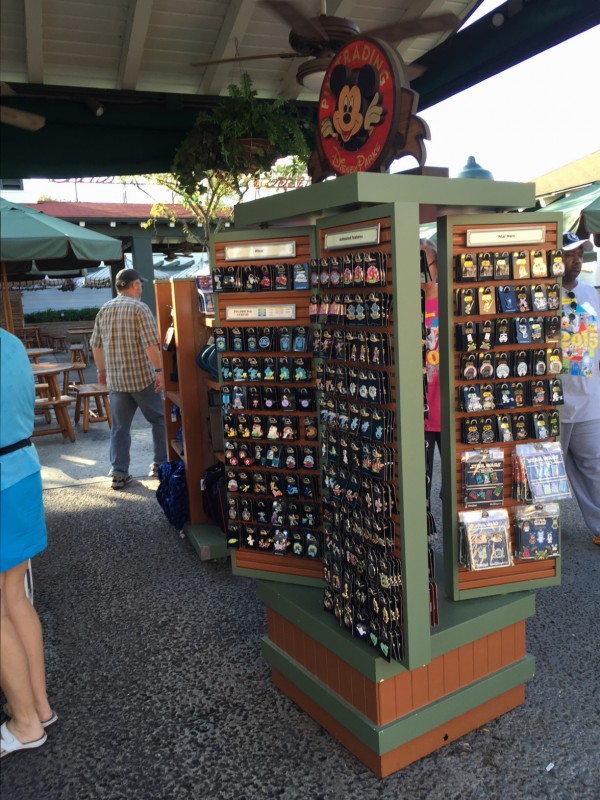 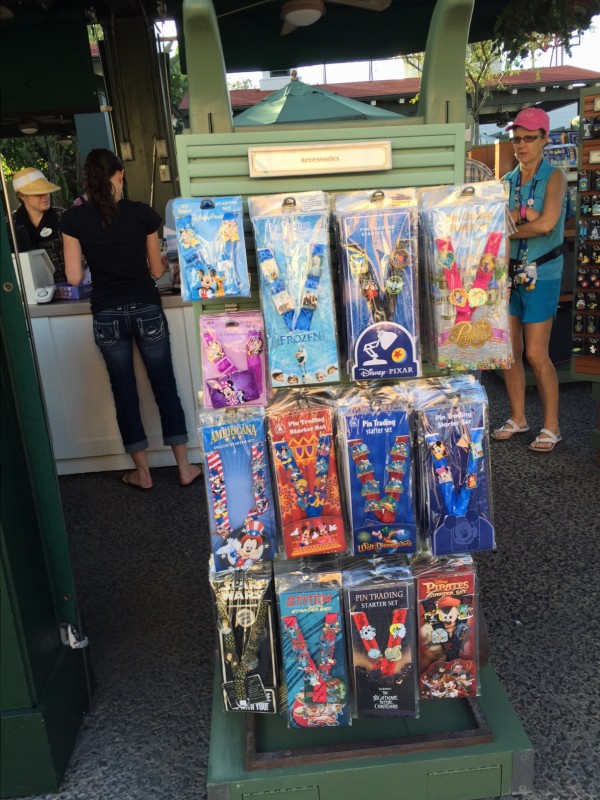 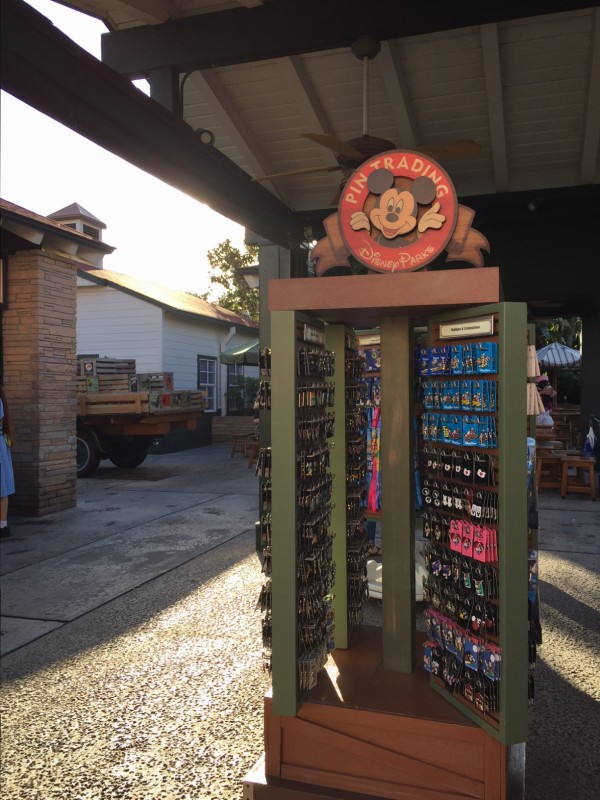 At some point this year, TCM will begin its sponsorship of the Great Movie Ride, and some changes will take place as a result.  We don’t know for sure what will change, but TCM’s website mentions changes to the pre-show and finale films as well as the addition of interactive posters in the queue.  Anything that helps to refurbish and keep the Great Movie Ride looking fresh is worth it, so I hope that this partnership proves to be successful as it moves forward.

Finally, the long awaited Trolley Car Café has opened at DHS.  This café serves Starbucks products, and it contributes to the ambiance of Hollywood Blvd.  The café is decorated beautifully, and the background music is fantastic.  The cast members costumes really fit the time and place of the café, so I think this is definitely a win for both WDW and Starbucks. 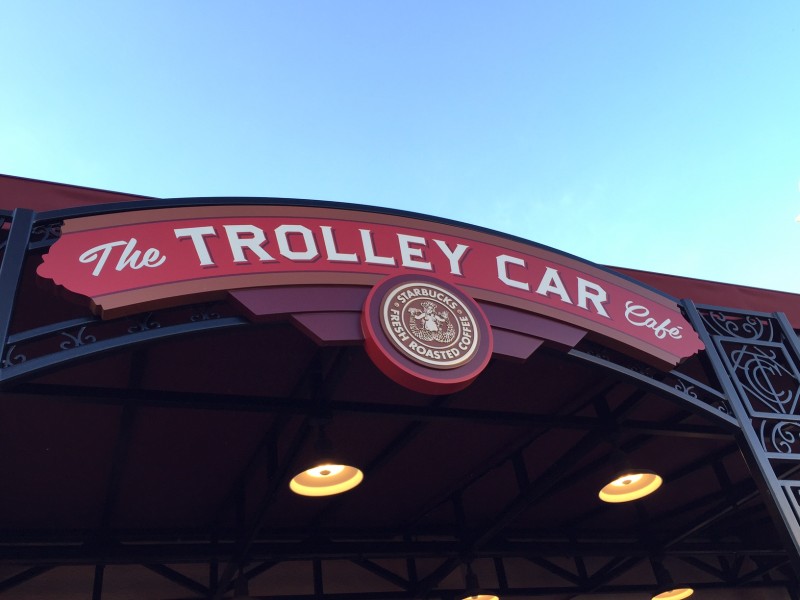 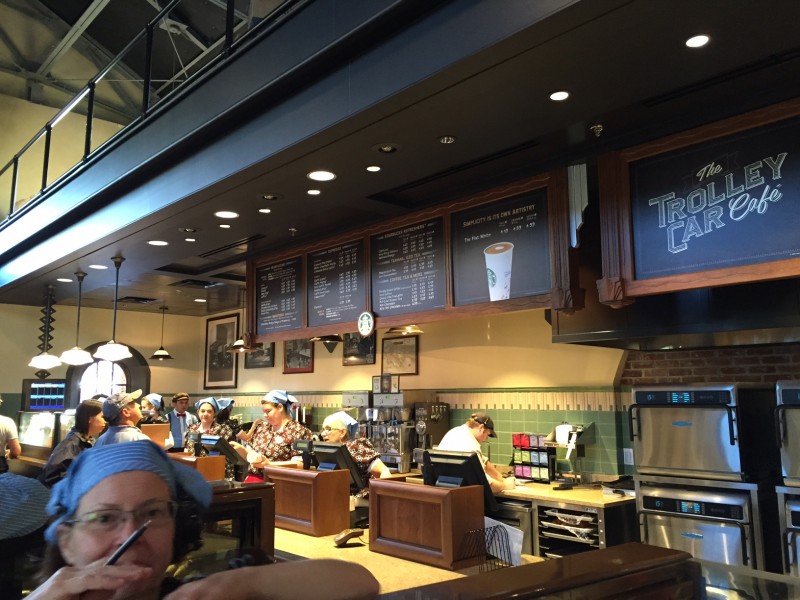 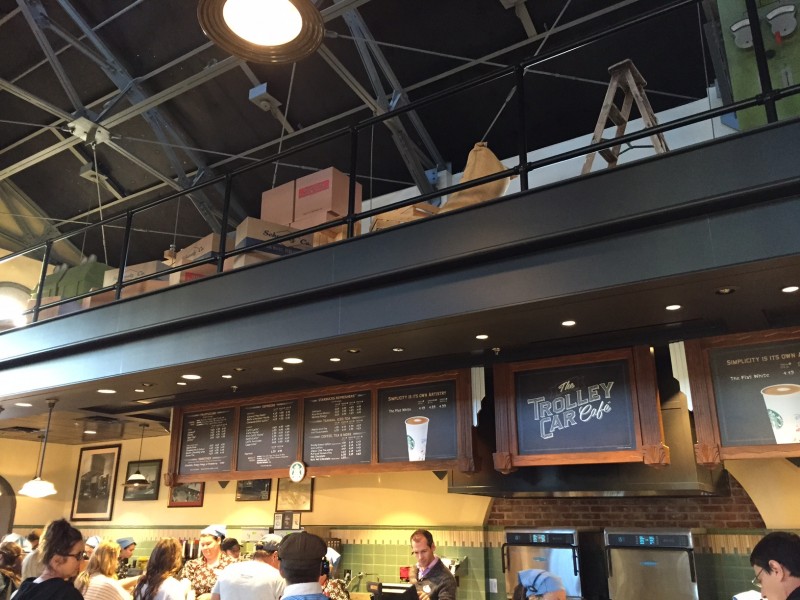 DHS The Trolley Cafe Inside 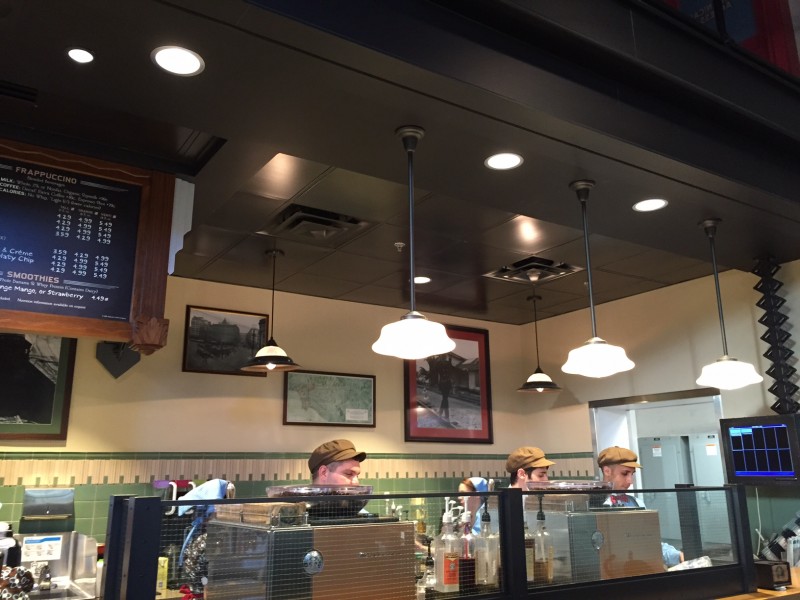 The Trolley Cafe Starbucks Inside 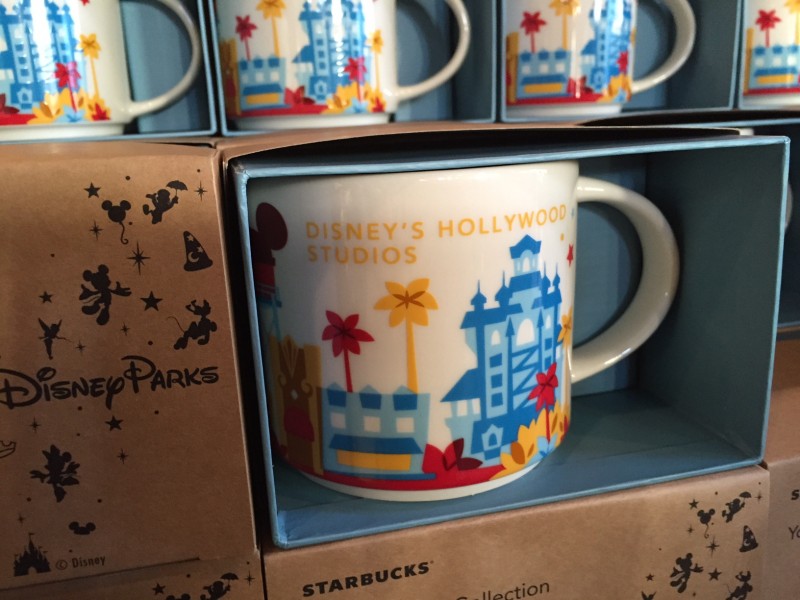 Many changes seem to be coming to DHS, and it will be interesting to see when these changes are actually announced.  It will be great when we can talk about future plans and not just rumors.  Please enjoy the photos!